The Lagos State Police Command has arrested a 22-year-old man, Babajide Bashorun, for allegedly kidnapping a female undergraduate of the University of Lagos, Akoka, and raping her.
The police said Bashorun, a dog breeder, did not only rape his victim, he also took snapshot of her nudity, which he allegedly posted on the Internet.
A family source said, “Few days later, the pictures were all over the Internet. The picture had the name and surname of the girl, her university, age, department and course of study. People were stopping her on the campus to tell her they had seen her nude pictures on the Internet.
“The girl’s relations later saw the pictures and urged her parents to report the mater at Adeniji Adele Police Division.”
Policemen from the station subsequently arrested Bashorun.
A senior officer from the station, who pleaded anonymity,  said that the police were still on the trail of two undergraduates of UNILAG.
The police of complicity in the crime accused the duo, identified as Mayowa and Ademuyiwa, both 400 level Architecture students.
Detectives from Adeniji Adele Police Station are working on the theory that the pictures were leaked to the Internet through the duo of Mayowa and Ademuyiwa.
Bashorun had said he only sent the snapshots of the girl to Mayowa, who in turn sent them to Ademuyiwa.
The dog breeder, who denied beating his victim, said they had been dating for long and he had spent a lot of money on her.
He said, “She is my girlfriend. I wanted to buy ipad for her. I was able to raise about N70,000. She came to my house to collect the money on that day.
“We had argument and I used floor mop to hit her on her back. I now took her pictures. I sent the pictures to my friend, but I didn’t tell him to post the pictures on internet.”
The state Police Public Relations Officer, DSP Ngozi Braide, confirmed the arrest of Bashorun.
She said, “We charged him to court yesterday (Tuesday). We are still looking for his accomplices who are on the run”
Source: Punch 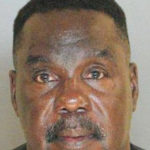