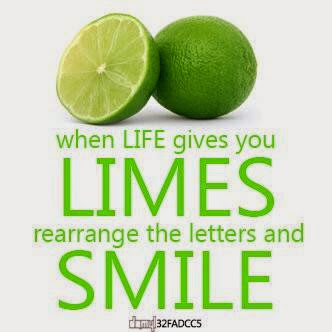 This is what you get these days when ladies only love men by what they can see; no true love again!
A big girl identified as Nkechi who hailed from Onitsha, Anambra State but settled in Asaba with her parents after graduation while searching for employment, got involved in Facebook Love at the centre where she was learning Computer.

Somehow she met a rich young man online, a Nigerian. The man decided to disguised himself as a ‘cripple’ to her whenever he arrive Nigeria, but he is actually a lawyer trained in the United Kingdom…

It was gathered that after series of chats, the ‘cripple’ asked for her hand in marriage and Nkechi immediately accepted, not knowing that the man will disguise as a cripple to test her.

After their relationship which lasted about seven months online, the young lawyer, who was identified as Henry (surname withheld), returned to Nigeria on a wheelchair. Nkechi, accompanied by her friend, went to the airport to welcome him, but was shocked to see him on a wheelchair and when he begged her to marry him, she refused.

According to reports, Nkechi continued to refuse his proposal, despite his pleas and a visit to her house. She also did not listen to her friend. Her friend, identified as Onyinye, a fashion boutique owner, living somewhere around Infant Jesus area of Asaba, was shocked at her friend’s decision after pleading with her to reconsider her “wheel chair” lover, but Nkechi refused.

Unfortunately for Nkechi, her friend Onyinye started feeling pity for Henry’s condition, not knowing that the man is not actually a cripple. Onyinye thus accepted to marry Henry since Nkechi has turned him down. Consequently, Henry went ahead to finalise wedding plans with Onyinye. They had the traditional marriage and white wedding last weekend in Asaba.

However, at the wedding reception, Henry got off his wheelchair to the amazement of all and told everyone present that

he was never a ‘cripple,’ but had to disguise himself because he was hoping to get married to a Nigerian lady who would have genuine love for him, irrespective of his “condition”.

It was jubilation all the way and people started praising Onyinye for being a virtuous woman.When the news got to Nkechi to her lover was actually not a cripple but just testing her, she collapsed.

Disillusioned 30-year-old Nkechi, a graduate of Micro-biology later committed suicide due to the shame that her finacee, who she met on Facebook, had gotten married to her best friend.In her suicie note, Nkechi wrote:

“I have gone to rest as I cannot stand the situation after the house I built has collapsed. This is a lesson for single ladies; never reject any suitor, so that you don’t end up dead.”

The Police in Delta State confirmed Nkechi’s unfortunate action, her parents are said to be in shock.