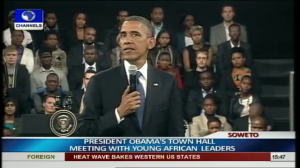 Answering questions from journalists and young Africans in Soweto, President Barak Obama pointed to the importance of education for the prosperity of countries, as well as blamed bad governance for Boko Haram.
Mr Obama said

“in terms of human capital and young people, I think the greatest investment any country can make, not just an African country, is educating it’s youth and providing them with the skill to compete in a highly technological, advanced world economy”.  “Countries that do not do that well will not succeed”, he added.

He noted that countries with limited skill will have “problems” in drawing international businesses.

President Obama also stated that the U.S. is willing to collaborate with Nigeria to train teachers and incorporate technology in the education system. “Across board we are having a rethink in education and work force training. And one of the things we want to do is to partner with a country like Nigeria and identify ways that we can provide direct value added, whether it is in helping to train teachers or helping to incorporate technology into the education process”

Watch the video when you continue!
Mr Obama said they have plans to work with all African countries to empower the youths depending on the plan of the countries.

“There are some excellent plans that sometimes we are doing country by country depending on the country plan. But this is a scenario where I would like to get input from young people in terms of what they think will work”.

Addressing Global Terrorist Cells,  Barak Obama commended US government for making a considerable effort in tackling insecurity and curbing terror with the death of Osama Bin Laden but was quick to recognize the existence of Boko Haram in Nigeria.

“There is no doubt in the progress we have made in dealing with some extremist groups, for example core Al Qaida and Bin Laden” stressing that “they have been greatly diminished”. “What is also true is that in some ways the problem has also metastasized, we have more regional terrorist organisations like Boko Haram in Nigeria espousing an extremist ideology, showing no regard for human life”, he added.

Mr Obama admitted that in absence of a transnational capacity like the other organisations “they are doing great harm in Africa and in the Middle East and in South Asia”.
He also blamed the upsurge of terrorist groups on the fact that “countries are not delivering for their people and where there sources of conflict and underlining frustrations that have not been adequately dealt with”
President Obama said that to hold back such uprisings,

“we have to build institutions a lot of what we talked about in terms of responsiveness, governance and democracy. Those things become defence mechanisms against terrorism, they are the most important defence against terrorism” he said.

He however ruled out military solutions in tackling terrorism but advocated that governments “give people opportunity, education and resolve conflicts through regular democratic processes, the less likely they are to take root” Barak Obama charged the African Union to send peace keeping missions to countries that are likely to have such terrorist cells come up and nip them in the bud before they cause harm, adding that “we can provide advice, training and in some cases equipment”.
He also noted that America will like to stand back and sell iPads and planes than remain as a global police, he however warned that America will not “stand by and watch while our embassies are being attacked our people are in vulnerable situations”.
Mr. President then also announced the Washington Fellowship for Young African Leaders, the new flagship program of the President. The program is to bring more than 500 young African leaders to the United States starting from 2014. Washington Fellows will primary be between 25 and 35 years old, have proven track record of leadership in a public, private or civic organization, and demonstrate a strong commitment to contributing their skills and talents to building and serving their communities 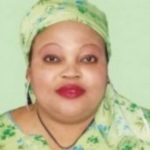 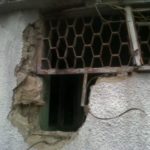