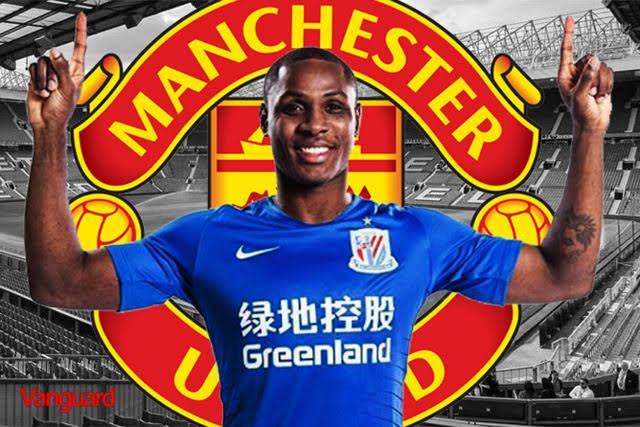 Manchester United have signed former Watford striker, Odion Ighalo from Shanghai Shenhua on loan until the end of the season.

The deal to bring the 30-year-old Nigeria international to Old Trafford, which will cost United around £4m in loan fees and wages, contains no option to buy.

But it brings an end to manager Ole Gunnar Solskjaer’s desperate search for attacking reinforcements following the loss of top goalscorer, Marcus Rashford, with a serious back injury.

Ighalo, who scored 39 goals in 99 Premier League appearances for Watford before leaving for China in 2017, was still stranded in Shanghai on Friday but he is scheduled to fly to Manchester in the next 24 hours ahead of a medical.

United’s move for Ighalo was not part of the recruitment plans but, having lost Rashford for months with a double stress fracture in his back, they feel the Nigerian represents a useful stop gap who can help alleviate their injury woes and give Solskjaer more options in attack as they chase a top four finish.

“Odion is an experienced player. He will come in and give us an option of a different type of centre-forward for the short spell he’s staying with us.

“A great lad and very professional, he will make the most of his time here,” said United manager Ole Gunnar Solskjaer.

Ighalo moved to the Chinese Super League in 2017, first with Changchun Yatai. After two seasons he moved to Shanghai Shenhua and has scored 10 times in 19 games.

His form for his country has been eye-catching, finishing as top scorer in African Cup of Nations qualifying with seven goals, before scoring five at the tournament during the summer.

It is understood there was interest from other Premier League clubs but Ighalo wanted to play for United.

He is United’s first senior loan signing since Radamel Falcao’s arrival from Monaco in 2014.

ALSO READ: Odion Ighalo Reveals Reason Why He Left England To Go Play In China Was Because Of Money