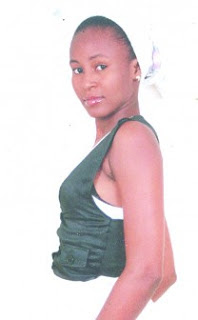 A part-time Business Administration Student of Lagos State Polytechnic, Miss Olayinde Bournes, 22, (pictured above) has allegedly been beaten to death by her boyfriend, Abuchi Cyril.
The incident happened yesterday Thursday February 21 at Shorinmade Street, Aguda-Ogba area of Lagos State, southwest Nigeria.
According to Miss Titilayo Fagbamila, friend of the deceased girl, she always complained to her that her boyfriend, Abuchi always beat her at the slightest provocation.
She said that on Thursday when the tragedy occurred, Abuchi invited Olayinde to his house along Shorinmade Street, to see his travel documents. Titilayo said nobody knew what happened when the lovers were together but it is believed that they had a misunderstanding which may have led to a fight.
Sources at 17, Muibi Street residence of the deceased told P.M.NEWS that after the fight with her boyfriend, the victim was rushed to G&S Hospital where she was confirmed dead before the corpse was taken to Ikeja General Hospital for autopsy.
Abuchi was immediately arrested and taken to Area ‘G’ Police Command, Ogba, for interrogation.
When our correspondent visited Area ‘G’, Ogba, Friday morning, the suspect was seen writing his statement.
When contacted for comment, the Area ‘G’ Commander, Assistant Commissioner of Police, Mr. Ishola Abdulahi, declined to speak on the issue, saying it was too early as investigation was going on.
Speaking with P.M.NEWS, the 55-year old father of Olayinde, Mr. Akindele Bournes, said his daughter was not a troublesome person, adding that the government must ensure that justice is done.
Culled from PM News 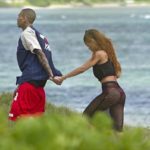 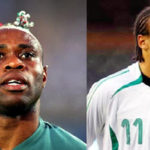