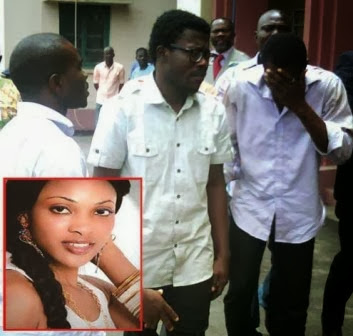 Am sure by now you all know the Cynthia Osokogu’s story! If you don’t know her story, click HERE, this new twist is really shocking and i pray God intervenes!
According to a report by Channels TV, the defendant, Okwumo Nwabufo 34, in his evidence, Nwabufo told the trial judge, Justice Olabisi Akinlade that he had been dating Cynthia for over one year before her death. According to him, he and Cynthia had met more than five times before she was murdered.However, Nwabufo insisted that the alleged confessional statement made by him was made under duress stressing that he was tortured by the police.
He said,

“On the day I was arrested, up to 20 policemen broke into my apartment and asked for my name after which they called me a murderer and started beating me. I was later blindfolded while I was putting on only pant and taken to FESTAC police station for interrogation’’.

He said “when we got to the police station, I was taken to the Area Commander, Mr Dan Okoro’s office who showed me a lady’s picture and asked if I knew her. I said yes, she is my friend and he immediately called me a murderer while he used plyer to pinch my left eye.

,” Nwabufo further explained that it was during this torture that the police brought out a suspect and shot him on the leg to show that they would shoot us if we don’t comply.“

One of the policemen released tear-gas into my left eye and I have not been able to see with it since then,” he said.

Nwabufo further told the court that it was the torture that led to the statement which was being dictated to him at different times.The suspects are alleged to have chained and strangled 25-year-old Osokogu to death at Cosmilla Hotel, FESTAC Town, Lagos, on July 22, 2012. 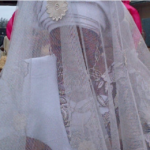