Ninety two-year-old Madam Juliana Onuora from Nkpor, in Idemili North Council Area of Anambra State is now engrossed in a battle of wits with the Catholic Archdiocese of Onitsha over a church she built and donated to the Diocese in 1985.
In a petition sent to Pope Francis, Madam Onuora alleged that her life is in danger following the precipitating crises over ownership of the land where Our Lady Catholic Church is built. Though the Onitsha Archdiocese is not disputing the fact that the church was built on a piece of land belonging to the woman, the bone of contention is that the church had been built by the woman and dedicated to God and therefore ceases to belong to her.
In Catholic tradition, no one owns a church and even when an individual builds one and donates to the Church, and when it is consecrated by the bishop, it ceases to belong to the person but to the Diocese.
The ugly incidents that follow the lingering land tussle between the church and the family of Onuora had degenerated into a serious war, which led to the burning down of the parish priest’s building by irate youths suspected to be working on the orders of the daughter to the 92-year-old woman.
As a result, the entire compound including the church and other surrounding buildings have been cordoned off by policemen from the Police Zonal Headquarters, Zone 9 Umuahia to forestall further breakdown of law and order as the youths of Our Lady Catholic Church are already spoiling for war over the alleged attack on the parish priest, Rev Fr. Martin Onukuba by hoodlums allegedly working on the instruction of Madam Onuora’s family.
The genesis of the problem
Sunday Sun gathered that the 92-year-old Madam Juliana Onuora in 1985 built Our Lady’s Catholic Church Nkpor, which was dedicated by the then Archbishop Francis Arinze, now a Cardinal in thanksgiving and fulfillment of her promise to God that she would build a befitting Basilica to God if she comes back to Nigeria alive from West Germany where she went for medical treatment.
However, on her return to Nigeria, Cardinal Arinze laid the foundation stone for the church. And one storey building was also erected as the residence for the priests that would superintend the church for worship by her workers numbering over 5,000 as at that period. Though the Onitsha Catholic Archdiocese agreed that the church was solely built by the woman on her own land to serve as a place of worship for her numerous workers who are working in various sections of her business conglomerate, they are arguing that nobody owns a church, according to Catholic tradition.
After the completion of the church edifice by Madam Onuora, it was dedicated to God by the then Archbishop Arinze and that was according to Madam Onuora to serve as a chapel where her staff and management would be worshiping instead of trekking several miles to worship outside the business empire.
She maintained that during and after the completion of Our Lady Catholic Church which she said she named after her business, “Our Lady Group” which is into bakery, animal husbandry and other businesses, she never at any moment negotiated with the church to give any part of her massive land to the church for whatever reason.
Madam Onuorah and her daughter are saying the Church can only worship and leave the property, as there is nothing in the compound that belongs to them from the beginning and therefore they cannot begin to lay claims to the land where the church was built.
In the petition she sent to the Catholic Pontiff in Rome, she said her life was in danger and she needed only the intervention of the Pontiff for the Catholic Archbishop of Onitsha, Most Reverend Valerian Okeke to order his priests to stop bullying and harassing her and her daughter and destroying her property as well as arresting her workers.
She further appealed to the Inspector General of police to ensure his men are not used to cause high blood pressure and heart attack for her as her wealth used for charity and philanthropy should not be the cause of her death.

“I built this place because I am in good terms with the priests and bishops. How can I instigate my workers to set my property ablaze and it is even a taboo to burn a church. I don’t know why the church is fighting me over my property. I built the church in fulfillment of my promise to God. I never knew that my magnanimity would turn against me. They arrested some of my workers, closed my bakery and the Catholic Church has been chasing my only daughter around, pulled down my perimeter fencing and threatened to also burn me alive here. Let God reward all of us accordingly.

“I leant that my Archbishop came here yesterday but he never visited me and the priests are right here under my nose but they have never come here. My son, I am gradually dying in sorrow. And for this, let me state clearly that the church is for worship of God. They should come and worship God and go but leave my property alone. I am not interested in the proceeds they get. I even give the little I have to support the work of God but what I cannot tolerate is fighting me over my own ‘sweat’ and that is why I am calling on the world, the government, activists to hear my cry. I don’t have anything to fight the church and I don’t want anything to happen to my only daughter,” she lamented.

She called on Pope Francis, President Goodluck Jonathan, the Inspector General of Police, the National Assembly as well as the Catholic Bishops Conference of Nigeria, (CBCN) to intervene in the matter and save her and her business and family members from further attacks.
The workers recount ordeal
The crisis in the compound is unarguably having a negative impact on the group of schools owned by Madam Onuorah in the same estate.
According to the Headmistress of one of the schools, Mrs. Onyekaonwu Ifunanya, the crisis has allegedly led to the closure of two schools including Our Lady’s Model Nursery/ Primary School, all located in the sprawling estate. She said:

“our campus is located inside Madam Juliana’s farm near St Francis. We have existed for over 10 years but we have been closed down now following an ugly experience we had when gunmen invaded the school shooting sporadically for several hours and ordering us to vacate the compound. When we came out from our hiding, we saw the three gunmen at the gate of St Francis.”

“As if that wasn’t enough, the main campus of Our Lady’s Comprehensive Secondary School and Our Lady’s Model Nursery/Primary Schools, Nkpor in Idemili North Local Government Area of Anambra State inside the massive compound of Madam Onuorah, the proprietor of the chain of businesses employing over 5,000 direct workers and over 10,000 indirect ones in its prime time were also closed down.”

“We have over 3,000 students here and our track record is there for people to verify. Last year, we were among the best in external examinations in Nigeria. The record is there in the Ministry of Education.”

On her part, the daughter of the old widow, Lady Patricia Onuorah expressed disappointment over the way and manner the church is handling the case, adding that the church has turned into an oppressor.

“So, the best option for them now is to leave as we have examined them and found out that they have no conscience, no fear of God and also violent. The church was built to win souls for God and not to win wealth. They alleged that I am no longer a Catholic and wants to give the place to a Pentecostal church. Well, only God knows but I challenge them to mention the church I attend now if not the Catholic Church. They said I am not a parishioner and should stay away and even filed an ex-parte order in court against my mother’s property.”

The latest is the arrest of 22 workers in our bakery and chasing them away from the workers quarters and threatening to kill them if they don’t leave the factory. Will they create job for them if they leave? They were just doing all these to frustrate my mother to death and get at me. We have donated churches in other places but they are interested here because they want to take over the factories we have in this estate. Here, we have, schools (nursery to secondary), poultry, fish pond, domestic science centre, piggery, rabbit farm, bread bakery among others. These things are what they are after because my mother has no male child,” she said.

She said that the fire incident at the parish priest’s house was caused by electrical fault, adding that she was never a party to the burning down of the Parish House.
The Manager of Our Lady’s Bread, Mrs. Paulina Obidiaso wept uncontrollably while recounting their encounter in the hands of the Police who they said, beat them to stupor.

“As we were working that morning, police came from Ogidi division and arrested us. They beat us mercilessly and later took us to Father’s House asking us why we burnt down the house which we knew nothing about. But before then, they broke all our doors looking for our security men and other workers. They even spoilt one of our machines. The worst torture was throwing tear gas into our mouths, including the women.”

The Church reacts In a swift reaction, the Catholic Archdiocese of Onitsha through the Director Social Communication, Rev Fr. Pius Ukor denied all the allegations leveled against it by Madam Onuora, her daughter and workers, describing them as false and aimed at tarnishing the image of the Archbishop, Valerian Okeke. 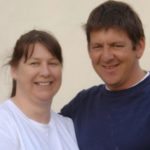 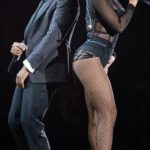