Justin Bieber who was arrested for driving under the influence of alcohol early on Thursday morning, was arrested together with a abeautiful model. That’s their mug shot above. Earlier that day, he posted snaps of himself cruising around with a beautiful model, Chantel Jeffries, who has quite the extensive arrest record herself in his rented Lamborghini.

Public records show that Jeffries, 21, originally from Jacksonville, North Carolina, has had five run-ins with the law, she was also accused of misdemeanor assault with a deadly weapon on February 2, 2011 but the case was dismissed on March 8, 2011, when her alleged victim refused to press charges.

The 21-year-old model also stabbed another woman in the left forearm ‘during a physical altercation,’ records revealed, but the victim ‘did not want to proceed with the matter’ and the charge was dropped after Jeffries agreed to pay for the court costs, according to court papers.

Such a beautiful girl, why leave such a violent life? Peep hawt pictures of her when you continue 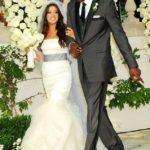 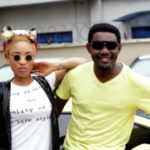