A 25-year old man, Abu Atiku has lost his life over the love of a girl as he was said to have snatched her from another boy. Trouble started when Atiku who resided  camp in Opareke near Kotonkarfi, in Kogi State, started dating a 17-year old girl Ruth who lived in the neigborhood and this did not go down well with another teenage boy, Godwin Abraham who claimed to have been dating Ruth for two years.
It was gathered that Atiku was attacked by a gang of teenage boys on his way back from a Christmas carol dance with his friend Gado Mallam and were returning in the wee hours.
The Sun reports:
When Gado Mallam who was in company of Atiku saw that the evil gang meant harm, he fled into the bush. But Atiku was not as lucky as the boys beat him black and blue. They later tied a steel object round his neck and watched him groan to death.
In an exclusive interview with Daily Sun, Abraham who claimed he was a farmer said he had earlier warned the deceased not to have anything to do with his girlfriend, but he would not listen; so he decided to teach him a lesson of his life.

“I have been going out with Ruth since two years now. We promised to marry each other, but since Atiku came between us, he would not allow me to enjoy the girl anymore. He was coming with money and lots of gifts to lure the girl away from me; things became so bad that the girl didn’t want to see me again.

What pained me most was that she had agreed to go to that Christmas carol dance with me, but immediately she saw Atiku her countenance changed, and she just disappeared with him for a very long time.

“I was full of rage, and so I went to organised some boys to attack Atiku and teach him a lesson. That was after Ruth had gone back home and he (Atiku) and his friends were going back to their camp.

“But, honestly, I did not know he would die while we tortured him; when he was gasping I thought he was playing pranks, until we discover he couldn’t breathe again; it was then that we ran away; but honestly I feel sorry now, for doing that,” he declared amidst sobs

The state Commissioner of Police, Seidu Madawaki, who gave the names of the accomplices as, Samson Wakili, Wazili Huleji, Wodi Wala and Ibrahim Moses said as soon as the police had completed their investigations, the suspects would be charged to court. 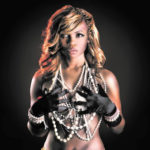