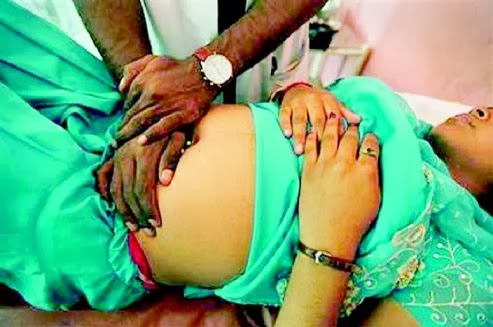 The spiritual leader of Jesus Is The Way Evangelistic Ministry in the Olorunsogo area of Abeokuta, the Ogun State capital, Pastor Adekunle Kayode has been arrested by police over allegations of séxual assault leveled against him.

34-year-old Pastor Kayode was said to have inserted his finger into the vagina of a female member in a bid to, according to him, check if she is still a virgin. However, it is suspected that his action is a “ritual”.

“There was also a drama when the victim received ‘holy spirit’ which propelled her to reveal the misdeeds of the pastor who has indulged in this ungodly act for years.

“Another suspect arrested for similar offence is Onatade Oluwasegun of 4, Sheriff Onatade Street, Obantoko for conspiring with the said pastor to use the victim for a ritual purpose.

“The father of the victim alleged that the duo were fond of dipping their fingers in the victim’s private part even when she was menstruating for reasons best known to them.

“She also claimed that the pastor recently confirmed her virginity status when she was to take part in a church programme. The victim has also claimed that Oluwasegun used a charm while attempting to rape her as directed by the pastor possibly for a ritual but she miraculously escaped.

According to the Police Public Relations Officer, Muyiwa Adejobi, the pastor’s arrest was carried out when the lady narrated her ordeal to her father who then informed the police of the incident.

Meanwhile, it was disclosed that Police have recovered charms from the pastor within the church premises. 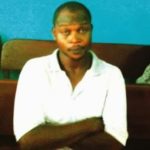 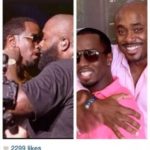