The Peoples Democratic Party (PDP) has accused Kogi State Governor, Yahaya Bello, of importing thugs into Ondo State ahead of the Saturday’s governorship elections in the state.

The opposition party made the allegation on its Twitter page, where it disclosed that the imported thugs are masquerading as security officers with fake Police Force uniforms.

PDP further stated that the thugs were residing in Mydas Hotel, Owo adding that Some of them were with Governor Bello in St Jacob’s Hotel, Alagbaka, Akure, the Ondo state capital.

#EyiGboluga2020-Breaking News! Gov. Yahaya Bello of Kogi State has imported thugs into Ondo state. The thugs are masquerading as security officers with fake @PoliceNG uniforms. They are residing in Mydas Hotel, Owo. Some of them are with Gov. Bello in St Jacob’s Hotel, Alagbaka pic.twitter.com/LYONE5CMq5

READ ALSO
Just Like Ezekwesili, I'm Ready To Sacrifice My Presidential Ambition For A Coalition Against APC, PDP - Fela Durotoye

In another tweet by the PDP, it accused Bello of abandoning his State which was reportedly submerged by water as a result of the recent flood disaster in the state, and relocated to Ondo state to rig election for his party, the All Progressives Congress (APC).

#EyiGboluga2020-This is kogi state, submerged by water as a result of the recent flood disaster in the state. Governor Yahaya Bello, abandoned his state and relocated to Ondo state to rig election for his party, the @OfficialAPCNg. #OndoIsNotKogiState @USinNigeria @UKinNigeria pic.twitter.com/tdQq2AWN8s

As at the time of filing this report, Governor Yayaha Bello has not responded to the allegations. On Tuesday, joined his Ondo State counterpart, Rotimi Akeredolu, on his campaign train to Owo ahead of the forthcoming election in the state.

The allegations are coming barely 24 hours after the candidates of political parties participating in the Ondo governorship election signed a peace accord as part of the efforts to ensure the exercise is violence-free. 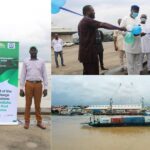 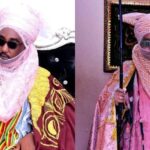