The Anambra Commissioner of Health, Josephat Akabuike, today announced that a hospital has been sealed off and its workers and patients quarantined due to Ebola disease scare.

Briefing journalists in Awka, Ms. Akabuike said the measure followed information received by the government that a man whose body was brought back from Liberia at the weekend, might have died of the killer disease.

He said that information available to the government indicated that the body was brought back from Liberia through Lagos and deposited in the mortuary at Nkwelle-Ezenaka in Oyi Local Government of the state.

“Part of the briefing is to tell you what we are doing to make sure we don’t allow the deadly virus to come into the state.

“What actually called for this is that we have a report that a corpse was brought through Lagos and the deceased was said to have been taken from Liberia where of course you know there are cases of the disease.

“The corpse was said to have been brought to Nigeria and deposited somewhere in Nkwelle-Ezunaka and the ministry was alerted and that is why we are taking all these measures.”

The commissioner said that Governor Willie Obiano had already directed the Police Command in the state to cordon off the place until the necessary tests were carried out.

He further said that Federal Government had also sent medical experts from the Federal Ministry of Health, Abuja, to Anambra to carry out the test at the hospital premises.

Meanwhile, Ebola has been blamed for 672 deaths in Liberia, Guinea and Sierra Leone, according to the World Health Organisation.

Sierra Leone has declared a state of emergency and called in troops to quarantine epicentres of Ebola, joining Liberia in imposing tough controls to curb the worst ever outbreak of the virus amid fears it could spread beyond West Africa.

The outbreak of the haemorrhagic fever, for which there is no known cure, began in the forests of remote eastern Guinea in February, but Sierra Leone now has the highest number of cases. – (NAN) 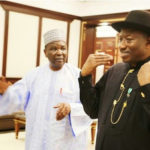 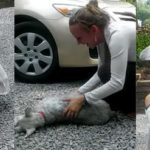