WWE’s Vince McMahon challenged our favorite Muppet, Kermit the Frog, to the ALS Ice Bucket Challenge and it is the funniest thus far.

Am sure you must have seen videos of people ranging from Bill Gates, Mark Zuckerberg, Football stars, Muscians, Actors, Actress and millions of other people dumping cold water filled with ice blocks on themselves.

What’s ALS? – ALS Challenge is all about raisixng money and awareness for LOU GEHRIG’S DISEASE.  ALS is amyotrophic lateral sclerosis, but you probably know it better as Lou Gehrig’s disease. It’s a fatal disease that makes people who get it lose muscle control, including the ability to eat, speak, and breathe. Life expectancy for those with it is between two and five years, and the only drug available for it is only able to extend that by a few months and they eventually die.

Now back to our Kermit…..First off, Kermit was not happy to be called a, “pesky amphibian.” and if you are not familliar with Kermit, consult Google….watch video when you continue

while he looked a little nervous,…

But it was for a good cause. 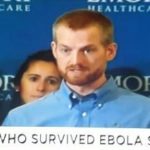 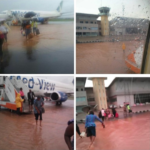