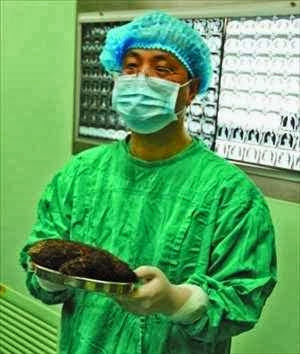 The mother of a 12-year-old girl in Luoyang, Henan Province was shocked when doctors revealed the reason why her daughter had been inexplicably losing her long hair and weight over the past year.
Doctors at The First Affiliated Hospital of Henan University of Science and Technology surgically removed an impacted mass of hair weighing half a kilogram from the stomach of a 12-year-old girl on January 11.
CT scans taken at the First Affiliated Hospital of Henan University of Science and Technology revealed the mass 30-centimeter long clump occupied 70 percent of Qian Qian’s (pseudonym) stomach.
“The mass of hair was shaped like her stomach and is solid,” said Chen Ye, deputy director of gastrointestinal tumor surgery department at the hospital. Doctors said Qian Qian suffers from pica, a pathological disorder where sufferers develop an appetite for clay, dirt, chalk or other similar substances that are considered socially unusual to eat.
“I’ve seen her put hair in her mouth, but I thought she was just playing and didn’t think much about it,” said Qian Qian’s mother who sought treatment when she discovered a lump in her daughter’s stomach two weeks ago.
Chen reminded parents to pay close attention to their children’s behavior and recommend timely treatment after such a discovery. 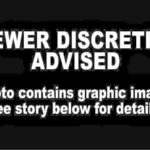