At least three persons have been feared killed in Rivers State in the early hours of today.

It was reported that one person identified as Michael Abednego, was killed in Ahoada West Local Government area, a former APC woman leader, whose name could not be ascertained and another male victim were killed in Ndoni, Ogba/Egbema/Ndoni LGA.

Abednego from ward 8 in Ahoada West local Government area of the state, was shot dead by a uniform man alleged to be a Mobile Police Officer attached to a high profile politician in the state.

It was also reported that the incident happened at bout 02:55am at the office of Independent National Electoral Commission, INEC, in Akinnima community in Ahoada West.

However, an unconfirmed report has it that the ex-APC woman leader and the male victim killed in Ndoni were shot dead by unknown persons in front of the LGA Secretariat. 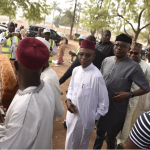 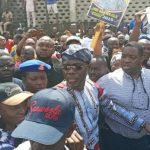