Menu
Lol this woman really let herself have it.

Chicago police were called to a home after a 911 call to find a woman hitting herself in the head with a crowbar. When two officers tried to calm Jenny Peak, 33, she dropped the crowbar and started running her head into a living room wall.

Peak then began punching herself in the stomach and breasts yelling “take that, p***y.”

Officers were finally able to subdue Peak with the aid of a stun gun.

“She was determined to beat herself up,” an arresting officer said. “And she did. One of the worst beatings I’ve ever seen in my twenty years on the force.”


Allegedly, Peak had taken a $12 bet from her stepfather that she couldn’t “kick her own ass.”

“I knew I could beat myself up even though I’m pretty tough,” Peak told police. “I wanted to really show him [stepfather] that I wasn’t afraid of myself.”

Her stepfather said he will pay her the $12 for winning the bet, but will not cover the expected $4,000 in medical expenses. Peak suffered multiple skull fractures and lost several teeth in the self-assault.

Police arrested her for self-harm and destruction of private property.

“While she was hurting herself,” the officer said. “She broke a coffee table, some Chinaware and put many holes in the walls.

Her stepfather has pressed charges for felony property damage.”

Hian….biko…what sorta step dad is this? Place a bet with your stupid step daughter to beat herself up and then press charges against her for destroying your property….and yet you wont pay her medical bills after she lost several teeths and fractured her skull….Americans i hail you guys! 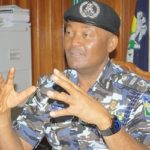 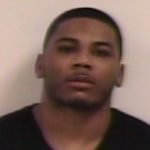