Search
An 18 year old shop worker, Sophie Browne, caught a couple having s*x on a car bonnet in the middle of a residential street at Aldi. 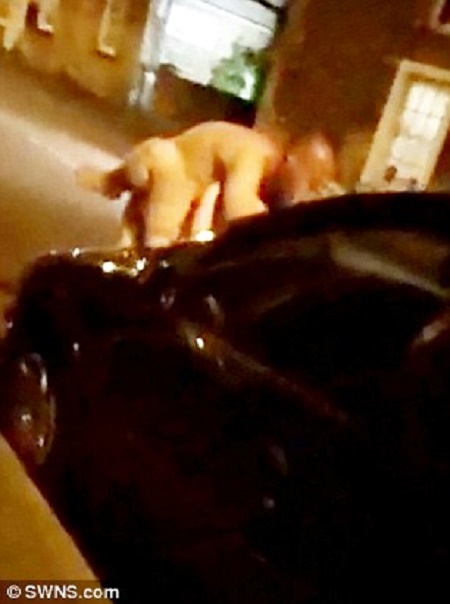 According to Dailymail, the pair, who look to be in their 40s, were caught in the act on someone’s car bonnet in Sleaford, Lincolnshire, at 12am on Monday. Ms

‘Last night, walking home from work about midnight. And I have to walk past and witness this.

‘I hope the people fornicating on the bonnet of the car are being safe and are also the owners of said car.

‘Seeing as they are in public and didn’t mind anyone watching, I got a short snap.’

‘It was pretty shocking. I was walking home and saw these two people running out of a house naked.

‘They ducked down behind a car and at first I thought they were hiding or streaking for a bit of fun.

‘When I walked past I saw the man, who was a big bald guy, and the woman on the front of someone’s car.

‘They didn’t have a stitch of clothes on and just carried on.

‘They saw me and didn’t say anything so I got a quick sneaky video.’

‘I was a bit shocked. There is a time and a place. It was their choice, it was a nice, warm night.’

Miss Browne posted the graphic video on her Facebook page which attracted thousands of views and shares before it was taken down.