Connect with us
A Fort Lauderdale youth pastor with a history of disturbing child sex charges, is currently in custody after authorities say he impregnated a 10-year-old. 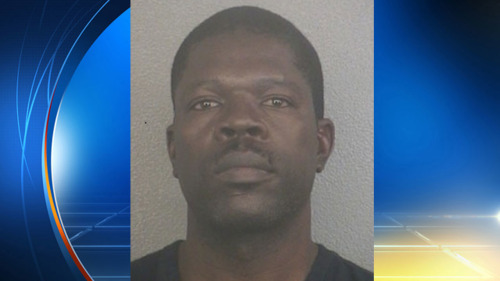 When a 10-year-old girl ended up in the hospital with stomach pain, doctors learned she was pregnant.

The man accused of getting the pregnant, police said, was Raymond Vincent, a youth pastor who used to live in Fort Lauderdale.

U.S. marshals tracked Vincent, 46, to Haiti. They flew him from Port-au-Prince and turned him over to the Fort Lauderdale Police Department. A Broward County judge denied his bond in court Saturday morning.

Vincent had been accused of molesting a child in 2011. Police said he offered a girl food to lure her into his apartment.

The girl said he molested her several times.

On Friday, Vincent faced one count of sexual battery on a child and one count of lewd and lascivious conduct. But authorities believe he could have abused other children during his time as a youth pastor in South Florida.

PHOTOS Of President Buhari At Dinner With Internally Displaced Persons