Menu
In an official statement by Garba Shehu, presidential media adviser, President Muhammadu Buhari has made his first official reaction to the arrest of seven senior judges between Friday night and Saturday morning, saying that the raids on the judges’ residence by the Department of State Security Service (DSS), was an assault on corruption and not on the judiciary. 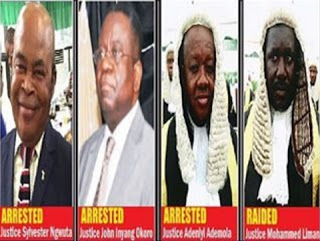 I told you over the weekend that an agent of the Department of State Services (DSS), Garba Abdullahi, said it raided the homes of seven judges, including two of the Supreme Court, across the country over allegations of corruption levelled against them, adding that it found $2million stashed in the house of one of the judges. [Read here if you missed it]

In the statement by Garba Shehu, the presidency described the raids as ‘surgical’ saying due process was followed in the arrests.

Read the presidentual statement below;

Corruption, not judiciary under attack

The Presidency assures that the President reserves his highest respect for the institution of the judiciary as the third arm of government.

To this end, the President will not do anything to undermine its independence.

President Buhari remains a committed democrat, in words and in his action, and will not take any action in violation of the constitution.

The recent surgical operation against some judicial officers is specifically targeted at corruption and not at the judiciary as an institution.

In a robust democracy such as ours, there is bound to be a plurality of opinions on any given issue, but there is a convergence of views that the country has a corruption problem that needs to be corrected. 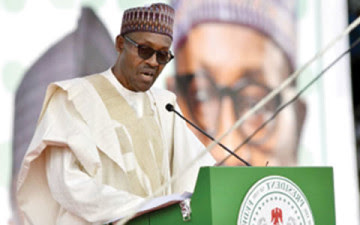 But reports by a section of the media are giving us cause for concern.

In undertaking the task of reporting, the media should be careful about the fault lines they open. It is wrong to present this incident as a confrontation between the executive and judicial arms of government.

The Presidency has received assurances from the DSS that all due processes of the law, including the possession of search and arrest warrants were obtained before the searches.

To suggest that the government is acting outside the law in a dictatorial manner is to breach the interest of the state. 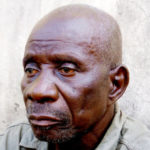 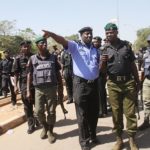