Search
woman kill 17 months old son
A Pennsylvania woman killed her 17-month-old son and texted a video of the boy’s body to his father along with a “laughing” emoji, police say. 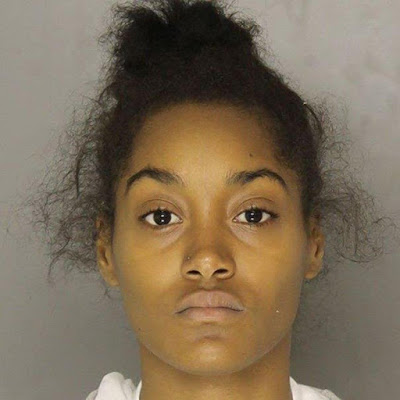 Christian Clark was arguing with the boy’s dad Tuesday when she sent him texts including, “Ya kids ain’t safe here I don’t want them here” and “I’m killing them” — followed by the emoji.

Clark, 21, sent a video of a girl and then a boy face down on a bed, according to the Post-Gazette.

“Ahh, look, Angel is still alive and sweating your son on the other hand is not even breathing,” the mother said in the video, according to an affidavit obtained by the newspaper. “I wish I could keep the camera still.”

“Send it to the cops post it to fb idc anymore you ruined my life,” her boyfriend Andrew Price Jr. replied, according to the Post-Gazette.


The little boy was found unresponsive in the McKeesport home and died later that night, the newspaper reported. The little girl seen in the video is alive.

Clark admitted smothering the little boy, and she was taken into custody on charges including criminal homicide.

Authorities recovered many disturbing messages from her boyfriend’s cellphone.

“I don’t want these kids here,” one of her texts read, according to the newspaper. “Ya kids aint safe here i don’t want them here … Answer me or im going to jail for child endangerment.”

Later she wrote, “I really snapped this time.”

“Try to wake him up I said hold him,” Price said, according to the paper.

“I am … Sorry i did this i stg i didn’t mean to,” she wrote, according to the paper.

What kind of monster is this woman?