Here are the best horror movies of 2018.

Inspired by true events and a creepy Internet meme, four teenage girls perform a ritual ceremony to prove the sinister Slender Man doesn’t exist. Whoops: It turns out he does.

19. TRUTH OR DARE
The classic teenage party game gets a supernatural twist, with its players forced to tell the truth or perform a dare—or risk a grisly death.
18. SLICE
Chance the Rapper stars in this horror satire from writer-director Austin Vesely, playing a former Chinese food deliveryman / werewolf (seriously) on the lam after he’s wanted for a string of murders.
17. THE STRANGERS: PREY AT NIGHT
Ten years after The Strangers, the three mysterious masked killers return to stalk another doomed family in the woods for no apparent reason at all.
16. HELL FEST
A traveling Halloween carnival turns deadly in this slasher flick, which sees a group of teens picked off one-by-one by—what else?—a masked killer known as The Other, whose motives are unclear but whose handiwork is gruesome.
15. THE FIRST PURGE
Speaking of creepy masks, there are plenty on display in the latest in the Purge franchise, this one serving as an origin story for the annual 12-hour legal crime spree.
14. THE PREDATOR
Writer-director Shane Black reignites this movie franchise with a stacked cast (including Sterling K. Brown, Trevante Rhodes, Keegan-Michael Key, and Olivia Munn), which follows a team of Marines who face off against the deadly alien beings.
13. THE MEG
Jason Statham battles a massive, prehistoric shark known as a megalodon in this action-packed (but relatively bloodless) thriller.
12. SUMMER OF ’84
Stranger Things hasn’t cornered the market on nostalgia-infused horror properties, as this clever period piece proves. A group of teens suspect that the serial killer hunting down local kids is, in fact, a beloved police officer.
11. THE NUN
The latest entry into the Conjuring cinematic universe sees Taissa Farmiga playing a young novitiate (who strangely is not the younger version of her sister Vera’s character in the series) who investigates a spooky convent that is haunted by that evil nun.
10. UNSANE
Steven Soderbergh refuses to follow through on his retirement, this time bringing us the story of a woman (Claire Foy) who finds herself held against her will in an insane asylum.
9. THE LITTLE STRANGER
A handsome doctor makes a house call to an English estate where two damaged siblings live with their aging mother in this handsome adaptation of Sarah Waters’s gothic novel.
8. REVENGE
Writer-director Coralie Fargeat’s rape-revenge fantasy, an infamous horror subgenre notoriously difficult to pull off, is brutal, unsettling, exhilarating, and feminist all at once.
7. THE ENDLESS
Writer-directors Justin Benson and Aaron Moorhead star as a pair of siblings who return to the compound where they grew up, both having to come to terms that they were members of a UFO death cult.
6. RAVENOUS
A flesh-eating plague leaves a small Quebec town nearly demolished, and the remaining living residents must protect themselves from the disease—and their zombie-like neighbors who have been consumed by it.
5. HALLOWEEN

Michael Myers is back—and this time, so is Jamie Lee Curtis as Laurie Strode, who is flipping the script and hunting down the masked killer in David Gordon Green’s sequel to John Carpenter’s 1978 classic.

4. A QUIET PLACE
A family (led by John Krasinski and Emily Blunt) silently navigate a post-apocalyptic world, stalked at every turn by monsters that hunt their prey with a supercharged sense of hearing.
3. MANDY
Nicolas Cage gives a deliriously wild performance in this psychedelic and bloody horror-action hybrid as a man who avenges the death of his wife, who was abducted by the leader of an LSD-dropping cult.
2. ANNIHILATION
Natalie Portman teams up with a team of women who venture in a territory known as The Shimmer, a mysterious area surrounding a meteor landing where animals have evolved into unrecognizable creatures.
1. HEREDITARY
After her estranged mother dies, Annie (Toni Collette) begins to notice some peculiar activities around her house. After another shocking tragedy, Annie begins to spiral out of control. Is there a supernatural force attempting to manipulate her family, or is it all in her head? 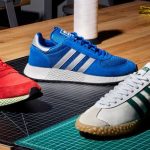 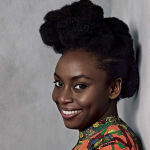