Vice presidential candidate of the People’s Democratic Party (PDP), Peter Obi, has dismissed the claim that the party’s candidate, Atiku Abubakar, promised to reduce the cost of petrol to N87 or N90 per litre if elected as president.

The People’s Democratic Party (PDP), took to it’s Twitter account on November 1, 2018, to announce that its presidential candidate Atiku Abubakar has worked out a pricing template that will immediately crash fuel price from N145 to at least N87 if he becomes president in 2019. Read the report HERE.

While speaking during an interview on Arise TV’s The Morning Show on Monday, November 12, 2018, Peter Obi distanced the PDP presidential candidate, Atiku Abubakar from the promise which stirred a lot of debate two weeks ago.

According to him, there’s a distinction between the party making the promise and the candidate doing the same.

“The candidate didn’t say so. If they ask me, that was the party spokesman. I, as Peter Obi, will tell you that it’ll be determined by market forces.

“When the candidate starts, he’ll make promises and I, as his loyal vice president, will ensure that whatever he’s promised, we’ll keep it.”

When asked how Atiku’s administration would tackle the fuel price menace, Obi said it’ll be determined by market forces that could mean the price could increase or decrease.

While initially trying to deflect that fuel price is not as big a problem as other issues like the rate of out-of-school children, Obi said the price will not change drastically with an Atiku presidency. Here is what he said:

“Whenever you talk about issue of fuel and this, you’re talking about few millions in Lagos and other cities that can afford a car. Nigeria has less cars than most states in the United States. We have 13.5 million children out of school. That is our bother. We have millions of children who don’t have jobs, that should bother us not what people pay in fuel.

“And I can tell you, it (fuel price) is not going to be different from what they (Nigerians) are paying today. But it’ll be determined by market forces, it can go up or down.

“The difference between Atiku’s presidency is that he’s a businessman, he understands business. I, too, am a businessman and we must make it work.” 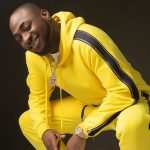 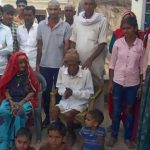