The Borno state government has revealed they would start paying parents who enroll their children into schools, in a bid to revive education in the state.

According to Vanguard, this was made known by the Borno state Commissioner for Education, Mr Inuwa Kubo on Thursday, November 15, 2018. He said:

“Any parent, especially those in remote parts of the state, who willingly enroll their children in school, would be paid a certain amount of money as an incentive.

“Also, parents that enrolled a girl-child in school will get higher payment than those who enroll boys.

“The state government has taken full responsibility for the education of the orphans.

“If we fail to care and educate them, they will certainly become the dreaded Frankenstein monster that will rise tomorrow to consume us all – it could even be worse than Boko Haram.”

The commissioner also explained that Boko Haram has set the state back in terms of education by destroying several schools in the state, however, the state government has embarked on the reconstruction of schools in safe locations as well as mega schools to cater for orphans. 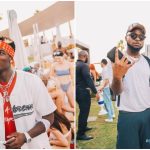 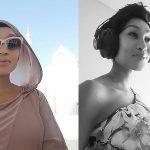