A drama occurred on Tuesday in a Mapo Customary Court in Ibadan, when a housewife and mother of two, Mrs Beauty Odinye, asked the court to disregard her request for a divorce and the testimony she gave that her husband, Nathaniel was impotent.

In July while testifying in a divorce suit before the court, Beauty requested the dissolution of her 12-year-old marriage to Nathaniel over alleged impotence and lack of care, adding that the two children she had, were products of extramarital affairs.

Nathaniel denied that he was impotent.

Not convinced by Beauty’s evidence, the court ordered her to produce the alleged father of her two children on the next date of adjournment.

According to News Agency Of Nigeria (NAN), the case suffered series of adjournment due to Beauty’s inability to produce her secret lover in court while Nathaniel sought the order of the court for custody of the children.

According to Pulse, At the resumed hearing on Tuesday, Beauty dramatically knelt down and tenaciously openly clung to Nathaniel’s legs and pleaded for forgiveness. Beauty begged:

“I want to use this opportunity to plead with this honorable court to disregard all the statements that I earlier made.

“I lied when I said that my husband was not the father of my two children.

“I do not know what came over me when I said those things.”

However, Nathaniel vehemently rejected his wife’s plea for mercy, stating that she had done an irreparable damage to his name and reputation. Nathaniel lamented:

“My lord, Beauty has ruined my heart and dented my name in public and in the news.

“I cannot accept her plea; not this time, it is too late; she has brought so much shame to me.”

Beauty’s father, who had all along supported Nathaniel, joined his daughter to plead with his son-in-law for forgiveness.

The court’s President, Chief Ademola Odunade, subsequently invited the parties and their relatives to his chamber for out of court settlement. 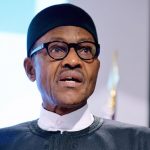 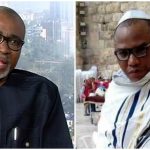