Armed robbers have killed two policemen and an unspecific number of civilians during an attack on a bullion van in the Idi-Ape area of Ibadan, Oyo state capital. 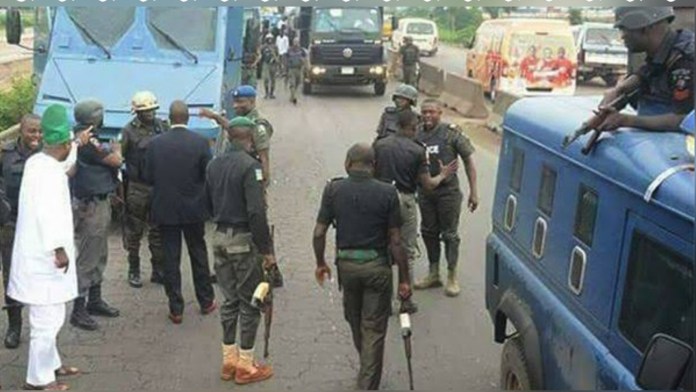 It was gathered that the bullion van was coming from the Iwo Road area when it was attacked by the robbers who shot sporadically into the air to scare the passers-by.

The incident which happened on Thursday afternoon left people scampering for safety including commuters who were forced to abandon their cars in the middle of the road as security operatives struggled to repel the attack.

The bullion van was said to have set out from a new generation bank along Testing Ground in Iwo-Road when the robbers attacked it and made away with an unspecified amount of money.

Oyo State Commissioner of Police, Ngozi Onadeko, who conducted an on-the-spot assessment of the scene of the crime, confirmed the death of two police officers, saying they were shot in the neck.

Onadeko said one of the robbers was also shot dead during the attack but the corpse was taken away by the robbery gang, adding that the state had been locked down to prevent the robbers from escaping.

She said, “It is a coordinated attack which we are still trying to find out what happened because they trailed the bullion van from where it went to get money to dispense it to the place,” the CP said.

“I can’t definitely say now what actually went wrong, we are trying our possible best to get them. Two of my men were shot in the leg, let us investigate and we will be able to give you more details.”

The police commissioner stated further that Ibadan is under lockdown with the State Police Command working closely with other security agencies in tracking down the fleeing robbers.

Some innocent citizens were also killed during the incident. While other victims of the attack who sustained various degrees of injuries are still at various hospitals responding to treatment.

A source identified as Mr. Ridwan Abiola, in a message sent to DAILY POST, confirmed that he had lost a brother and friend, Mr. Sulaiman Mubarak Olanrewaju.

Abiola said, “I lost a brother and friend to this incident. This happens when we have a government that condones the excesses of thugs.

“This happens when we have in government people who think they are capable but play politics with people’s lives.

“From Ibarapa to Shasha, Iwo Road, Idi Ape and other places not reported. May Allah have mercy on my brother and other deserving servants of Allah killed in this avoidable killings.

“May Allah take our rights from this nonchalant government and give to us.”

Mr. Saheed Oladele, who also confirmed the death of his close associate, Mubarak Sulaiman Olabrewaju, said that he was sad when he received the news.

Oladele said, “I am more than sad. One of my very close friends, Mubarak Sulaiman Olabrewaju, was shot in the head during a robbery incident in Ibadan today.

“Now confirmed dead! May Allah forgive him and grant his wife, Kareem Mufeedat Adebimpe his family and us the fortitude to bear the loss”.

Another close friend said that the deceased left home in the morning but never returned.

“He left home never to return. And he told his family he was going to return as usual but headed straight into the grave.

“Perhaps, someone somewhere is dialing his number to engage him on a very important issue now but he will never pick the call. NO! Not any more!

“Who is next? Let’s submit to our creator before our last day. Oh Allah admit Mubarak into Paradise. Save his soul Ya Allah,” he prayed.

Meanwhile, a series of videos circulation on social media show some commuters dead with gunshot wounds and two policemen lying motionless after the gun duel with the robbers.

Armed robbers attack Bullion van at the Idi ape axis of Ibadan and killed two policemen. Several others were reported shot and in shock. The robbers made away with an undisclosed amount of cash. pic.twitter.com/gVJQa8GI8Q

“@SOS_omeiza: First hand incident of robbery at idi ape area of Ibadan and the aftermath of it.
TRIGGER WARNING! ⚠️ pic.twitter.com/uQl2kHz7QY

READ:  "I Look Forward To Working With You" - Buhari Reacts To Soludo's Victory In Anambra Election 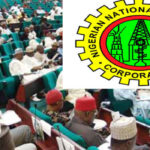 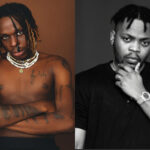