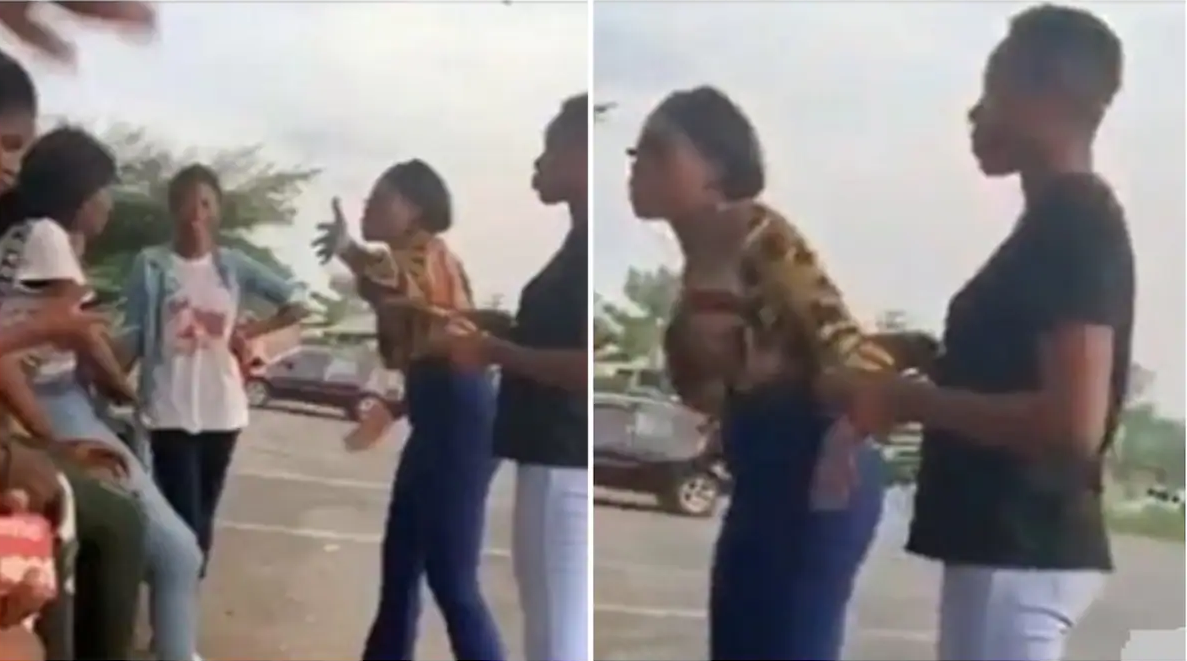 A video has emerged showing an Ibadan Polytechnic student confronting her fellow student identified as Temi for sleeping with her boyfriend.

According to reports, Temi has been sleeping with her friend’s boyfriend and the cheated lady felt it was high time to put an end to it by confronting her publicly.

Temi claimed she was innocent but the accuser who was ready for war kept on pressuring her in annoyance.

In the video, the angry lady can be seen shoving Temi in the chest and on her forehead while saying, “Are you mad, you are sleeping with my boyfriend and I did not complain”, in Yoruba language.

Meanwhile, KandiDaily had published another video that shows an irate female student of the University of Ghana, humiliating and beating her boyfriend with a bathroom slippers for cheating on her with another lady. 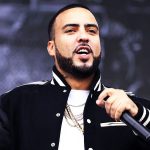 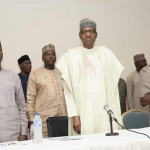