Female activist and co-founder of the Bring Back Our Girls Movement, Aisha Yesufu has condemned President Muhammadu Buhari over the way he’s handling the killings in Zamfara state.

According to Vanguard, Aisha accused the President of playing ‘Baba go slow’ and doing too little to stop the senseless killings going on in some parts of the country. She said:

“President Muhammadu Buhari, what kind of a leader are you, what kind of an insensitive leader are you? People are dying in Zamfara and it seems you don’t care. You are supposed to be the Commander-in-Chief, the President of this country. Everything about security is centrally in your hands and yet, you are doing nothing.”

“Your election is what matters to you; re-election is what your business is. The fact that Zamfara has turned to a place where state burial is being done almost everyday means nothing to you.

“Why then did we vote out the last administration of President Goodluck Jonathan? Was it not about the same insecurity? Was it not because of their insensitivity to the security challenges in the land? Then you came on and you are doing the same thing.”

“At your age, your 76 years of age, you still don’t know that this world mean nothing.

“Nigeria gave you everything but you have denied the people of Nigeria all the things that make you what you are today.

“If the insecurity we have today was during your time and the people who were leaders did nothing, I don’t think you will be here today as a President.”

While calling for a new approach in the fight against insurgency, Aisha said Mr. President’s “lack of competence,” is killing a nation that gave him a lot in life. 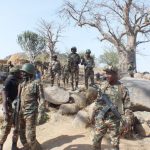 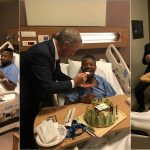