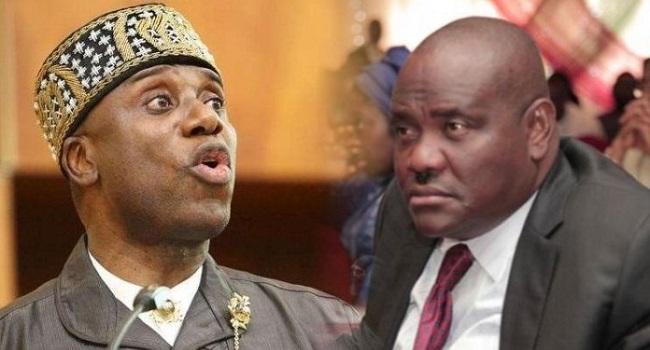 The Minister of Transportation, Rotimi Amaechi has reacted to claims made against him by Governor Nyesom Wike of River State, that he masterminded the ongoing travails of the Chief Justice of Nigeria (CJN) Justice Walter Onnoghen.

On Thursday, January 17, 2019, Governor Wike had claimed during a rally in Eleme area of the state that Amaechi confessed to a chieftain of his All Progressives Congress (APC) that he was behind the alleged plot to remove the CJN.

The governor added that Amaechi boasted he was going to destroy the embattled CJN, who is facing corruption charges at the Code of Conduct Tribunal (CCT), the same way he did former President Goodluck Jonathan.

In response, Rotimi Amaechi in a statement released by his media office asked Nigerians not to take Wike serious describing the incumbent Rivers governor as a “frivolous and deceitful character, who is obviously drunk on power and always high on alcohol.” The statement reads:

“This is another blatant lie (plot to destroy Onnoghen), just to smear Amaechi and put him on collision course with the judiciary. Ordinarily, we would not have bothered to respond to a governor (Wike), whose stock-in-trade is to concoct stories and lie about almost everything and anything. Wike completely lacks any shred of credibility. Nothing is sacred to him

“Amaechi is not a judicial officer and he is not part of whatever is happening in the judiciary. We challenge Wike to mention the name of the APC’s chieftain he falsely alleged that Amaechi discussed the ‘destruction of the CJN with.”

“This Wike’s latest attack on Amaechi is reminiscent of his earlier spurious allegations during the Ikoyi-Osborne-gate scandal, where Wike disgracefully opened his mouth to shamelessly allege that the former Rivers governor (Amaechi) was the owner of the $13 million and the owner of the Osborne apartment in Ikoyi, Lagos, where the money was kept. Wike lied that the money was stolen from Rivers State government’s treasury.

“In Wike’s usual chicanery, up till today, he has refused to go to court to claim the $13 billion found in the Ikoyi apartment, which he claimed was Rivers money stolen by his predecessor. Even when a court of law openly asked anyone laying claim to the money to come forward and collect it, Wike ran far away from the court.”

Noting that Wike will not enjoy immunity forever Amaechi said, “At the appropriate time, he (Wike) will no doubt face the full wrath of the law and ultimately that of the Almighty God. 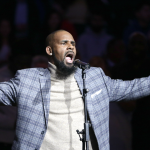 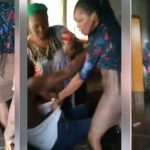