The National Association of Nigerian Students (NANS) is planning to organize a mass action against all parties responsible for the ongoing nationwide strike.

This was made known in a statement signed by the President of the students’ association, Comrade Danielson Akpan Bamidele who blamed the Federal Government and the Academic Staff Union of Universities (ASUU) not making appreciable steps in resolving the crises.

Akpan also accused university lecturers of not showing enough commitment to suspend the strike. He added that the lecturers during their meeting with the Federal Government deliberately walked out of the meeting. He said:

“The minor disagreement over figures in salaries shortfall which the government claimed to be N15 billion as against ASUU’s N25 billion.”

“None of the issues mentioned above directly improves the lot of Nigerian students or infrastructure and basic amenities on our campuses. Again, why are Nigerian Students made to suffer for the interests of ASUU or ASUP which doesn’t improve lots of Nigerian students?”

The students, therefore, threatened to come out in full force to protest over ASUU strike soon. 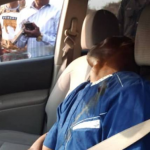 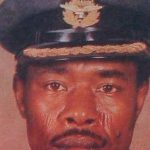