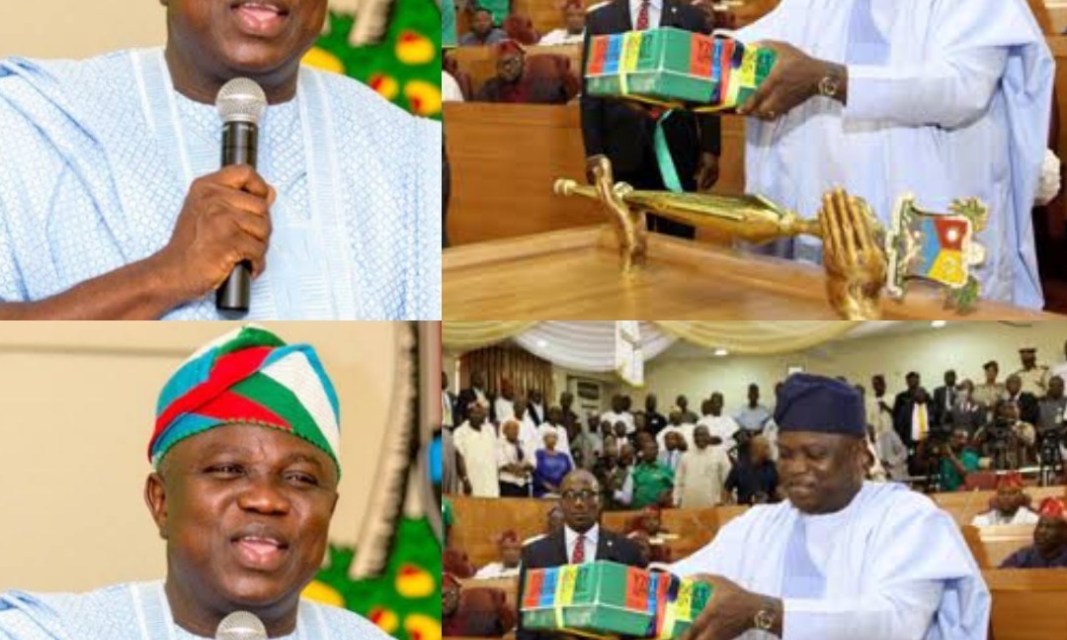 The Lagos State Governor, Akinwunmi Ambode, has finally presented a budget proposal of N852.316 billion before the State House of Assembly on Tuesday, February 5, 2019.

This is coming after many months of disputes between the executive and legislative arms of government which led to the lawmakers threatening to impeach the governor if he failed to appear before the house within one week over the 2019 budget.

Just last week, plans were concluded for the Governor’s impeachment before the intervention of Asiwaju Bola Tinubu, the National Leader of the All Progressives Congress, and other leaders of the party in the State.

Governor Ambode, who had arrived the assembly complex at about 2.23p.m, was received by the Speaker, Mudashiru Obasa and other principal officers of the House before he presented the N852.316 billion 2019 budget which is N187.68 billion less than last year’s budget of N1.04 trillion.

According to Ambode, the budget is projected to consolidate on the gains made so far in the state. He added that the budget is targeted to cater for the needs of the entire residents of the state.