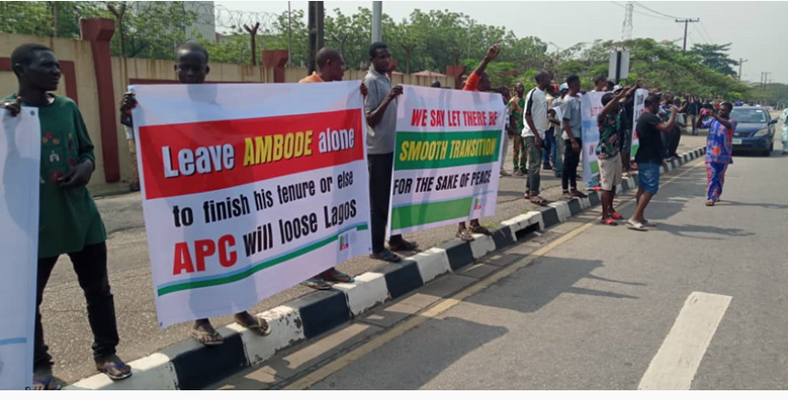 Lagos State House of Assembly members has insisted that the state Governor, Akinwunmi Ambode, may be impeached unless he appears before the house within one week over the 2019 budget, which has caused disagreement between the two arms of government.

This is coming following the threat from about five different groups who staged peaceful protests to the House on Wednesday, demanding that the House should desist from any attempt to impeach Governor Ambode.

After the protest, the Lagos House of Assembly held an emergency meeting on Wednesday where the Majority leader, Sanai Agunbiade represented the House at a news conference. Agunbiade said that the House is not witch-hunting Governor Ambode, but wanted due process on the appropriation bill.

Agunbiade said that the House would apply the maximum sanction on the governor if he failed to utilize the window of one week given to him to appear before the House for explanations.

According to him, the House is doing all in the interest of the public and the taxpayers money.

The majority leader said it was illegal for the governor to start spending budget estimates without the appropriation bill being first laid before the House. He said:

“We are responding to various groups that have come today to appeal to the House in respect of what they heard and the seeming impasse between the executive and the House.

“We decided to correct the misconceptions and wrong information that have been fed the public.

“We wish to state clearly that today, about five groups paid visit to Lagos Assembly to plead with the House not to impeach the governor.

“The issue before us is not whether or not we want Gov. Ambode to end his tenure. He is still the governor of Lagos State and we take him as the governor.

:We want the public to know that the major issue in contention is the 2019 appropriation bill, which by now we feel should have been before the House.”

According to him, the stipulation of the constitution is that the bill, which the governor shall cause to be prepared and laid before the legislature, should be done before the commencement of another fiscal year.

“We now discovered that expenditures are being incurred and warrants have been issued in respect of the budget that has not been laid before the House.

“This we found inappropriate, and before this also, we have found some infractions in the 2018 budget, where we discovered that some expenditures were made outside the budget without the approval of the House.

“We have to make these clarifications so as to let the public know that what is going on is not witch-hunting.

:We are legislators and we must do things properly. The government must be well funded; why should we be managing when we can make things work freely?

The House of Assembly is doing all these in the interest of the state and the intent that we want Lagos to continue to flourish, but we cannot compromise the constitution.

Agunbiade said that for the public to know that the legislature was not witch-hunting the governor, when the infractions were noticed, the House decided to invite the governor and affected commissioners for explanation.

According to him, if the House wanted war, the legislature will not have given the window for explanation.

It is now left for the governor to shut the window at us and tell us he is not interested or take advantage of the window we have given.

Of course we are expecting that he will walk in and we look at the issues.

Of course, the constitution is so clear about what is to be done where there are infractions, that is why the issue of impeachment came in.

Where these infractions continue with impunity and nothing is done and the opportunity given to make clearance on these, we will apply the necessary provisions of the constitution, which is impeachment.

If the public is saying the House should not impeach the governor, the public should also tell the governor to do the needful in respect of the budget.

On allegations that the impasse was because the lawmakers wanted their campaigns funded, Agunbiade said this was a lie, as the governor could not fund the campaigns of individual legislators. 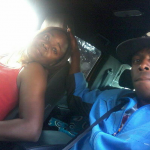