Nigeria were officially awarded the men’s 4x400m relay gold medal
from the 2000 Olympics on Saturday following a meeting of the
International Olympic Committee (IOC) Executive Board.

Team Nigerian took the gold originally won by the United States, who
have since been disqualified because of the late Antonio Pettigrew
confessing to having been doped at the time of the Games.

Nigeria are elevated to title winners with Jamaica taking silver and the Bahamas the bronze.

“Pettigrew was disqualified in August 2008 but the EB delayed a
decision on reallocation until it had received information stemming from
investigations into the Bay Area Laboratory Co-Operative (BALCO)
sports-doping scandal,” a statement read.

“Having confirmed that no further information on other athletes would
be forthcoming the EB agreed to reallocate the medals and diplomas.

“The teams from Nigeria, Jamaica and the Bahamas that finished behind
the US men in the 4x400m race will be awarded gold, silver and bronze
medals respectively.”

However, the Executive Board were not able to perform such an
exercise regarding the US women’s 4x400m relay gold medal winners from
the 2004 Games despite Crystal Cox admitting afterwards she took
steroids from 2001-2004.

Whilst the athlete herself – who ran solely in the heat – had her
medal taken back the IOC are awaiting clarification from athletics
governing body the International Association of Athletics Federations
(IAAF) as to whether the whole team should be disqualified. 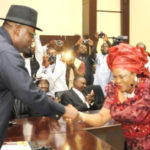