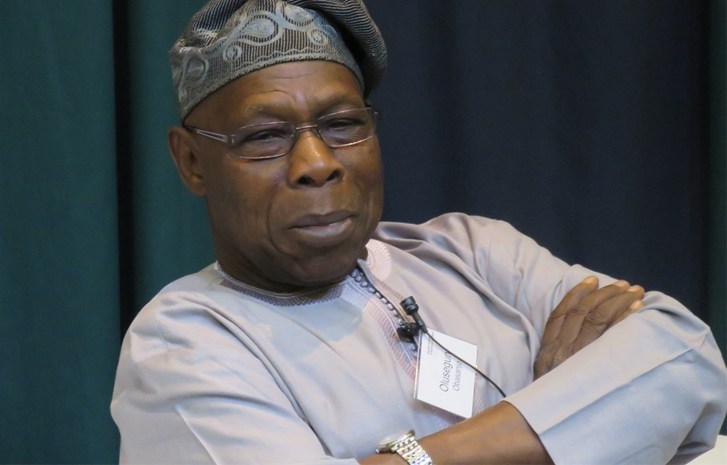 The Former President, Olusegun Obasanjo said God would deal with all those carrying fake new about him at the appropriate time.

Obasanjo said this on Friday while reacting to the rumors on the social media that flew out of the country without waiting to cast his vote for the Atiku Abubakar he is laboring to foist on Nigerians.

Addressing reporters at his sprawling Olusegun Obasanjo Presidential Library (OOPL), Abeokuta, the Ogun state capital, the former president described the polls as a “red letter day” for Nigeria, adding that it should be used to stabilize the nation’s democracy.

He also denied rumour making rounds about him flying out of the country and cursed the rumour mongers, saying God would deal with them at the “appropriate time.”

He assured that he would vote at his usual polling (Ita Eko) where he registered. Obasanjo said:

“If I am here and alive and kicking, I will vote. Why do you think I will travel out of the country because of the election?

“If there is no any reason, I believe I should be here to exercise my civic responsibility which is to vote according to the dictate of my heart both tomorrow and on the 2nd of March, 2019.

“Those who are carrying that kind rumour or what they now call fake news, I think I leave them in the hands of God.

“You know, I’m used to that type of things now and in Yorubaland, we have this saying that if your head is hard, you don’t have to worry yourself.

“On the elections, I believe that tomorrow should be a red letter day for all Nigerians. A day when we should be able to say that we are firmly stabilise our democracy.

“Although for me, I still have some apprehensions. If the news of the already thumb printed ballot papers in Kano state yesterday.

“If these things are true; we haven’t had anything like these before. I don’t want to say ‘oh, have I not told you!’ But it will be sad if they are true and then, maybe, the Independent National Electoral Commission (INEC) will then have to tell us, how this has to happen and maybe the commission will have an answer to that.

“And not only answer, but precautions against this tomorrow because if people are already thumb printing, obviously they want to make sure that those already thumb printed ballot papers are used. If that happens, then it will make nonsense of all that INEC has prepared for and all that Nigerians are looking forward to.” 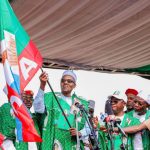 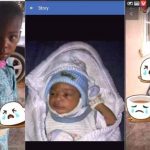