Obasanjo urged Nigerians to give the Igbo a chance in the executive arm of government in Nigeria.

According to him, out of the three major regions in the country, while the North and South-West had occupied the presidency, the Igbo were yet to do so. He called on the Igbo to work together now that their son is the vice presidential candidate of a major political party. He said that the success of that exercise holds great possibilities for them.

Expressing hope in Mr. Peter Obi, the former President, who described the vice presidential candidate of the Peoples Democratic Party (PDP) as a “ bundle of integrity”, said that from his pedigree of honesty, hard work and commitment, he had the capacity to assist his principal, Alhaji Abubakar Atiku, to repair the wrong done to Nigeria by the present government.

In his welcome address, the host, Mbazuluke Amechi, described Peter Obi as a good man and his Atiku as what the country needed at a time like this. 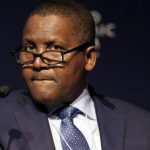 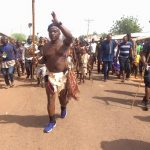