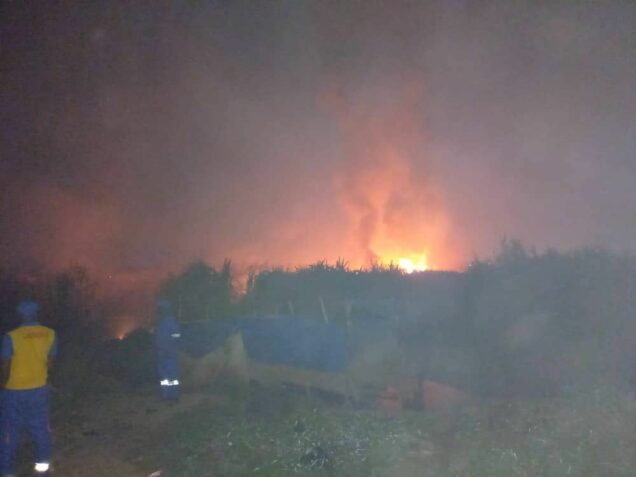 Officials of the Nigerian National Petroleum Company (NNPC) security team and the Nigerian Nigeria Security and Civil Defence Corps (NSCDC) have been deployed to the area.

It was gathered that the incident happen on Friday morning when an electric cable that collapsed led to electric sparks all over the area.

The sparks were said to have gotten to a spilled content of Premium Motor Spirit (PMS) around the area, thus triggering the explosion.

South-West Coordinator of National Emergency Management Agency (NEMA), Ibrahim Farinloye, who confirmed there were no casualties, said the explosion does not pose any threat to the public.

But he advised residents of Igando, Idimu axis to observe serious safety precautions due to the collapse of high tension poles that emanated from Egbin Hydropower Station. 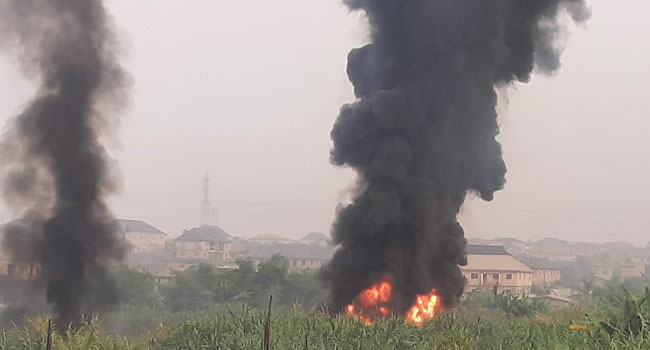 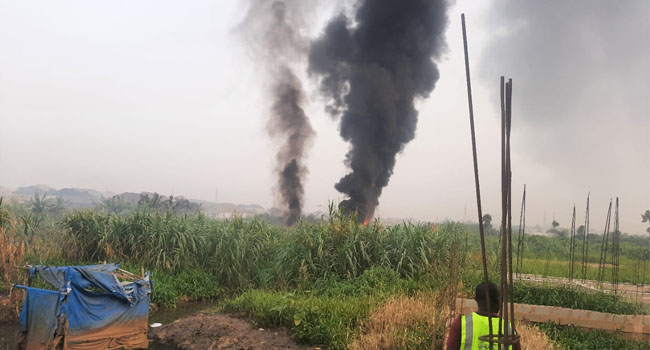 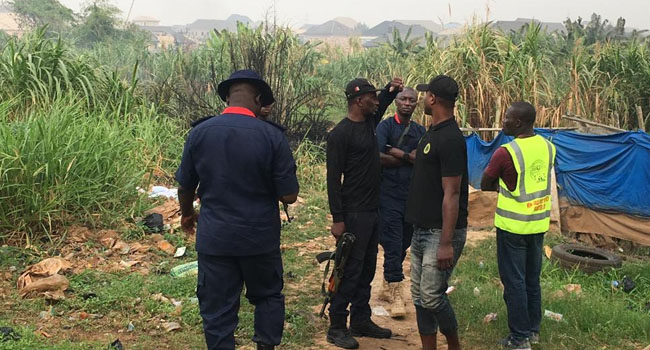 KanyiDaily had also reported how three people dead in a gas explosion that occurred on Tuesday morning at 21, Ojekunle Street, Ladipo, Mushin area of Lagos State. 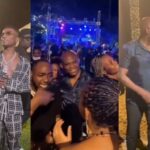 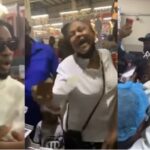