No fewer than 12 persons, suspected to be ad hoc staff of the Independent National Electoral Commission, are feared missing after their boat capsized in the Warri-North Local Government Area of Delta State.

It was learnt that the incident occurred around Ebrohimi community creek on Saturday evening.

It was gathered that the boat had on board about 20 persons, including corps members and security personnel.

It also carried electoral materials used for the conduct of the exercise in the area.

The occupants were returning to Koko, the headquarters of Warri North LGA, after the governorship and House of Assembly elections, when the boat capsized.

When contacted, the Police Public Relations Officer, Chuks Oresewezie, said, “I will just confirm whether what you are saying is true because as of yesterday, before I left the office, there was nothing like that.”

But the Resident Electoral Commission, Dr. Cyril Omorogbe, who confirmed the incident, noted that ad hoc staff of the state were not involved in the mishap.

Omorogbe, who spoke in Asaba on Sunday morning, “I understand that my staff members are not involved.
“They (INEC workers) are all safe and the ad hoc staff were safe.

“And I don’t think the mishap affected the materials because it happened later in the day, from what I know.” 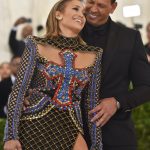 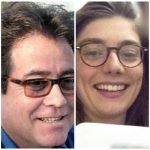