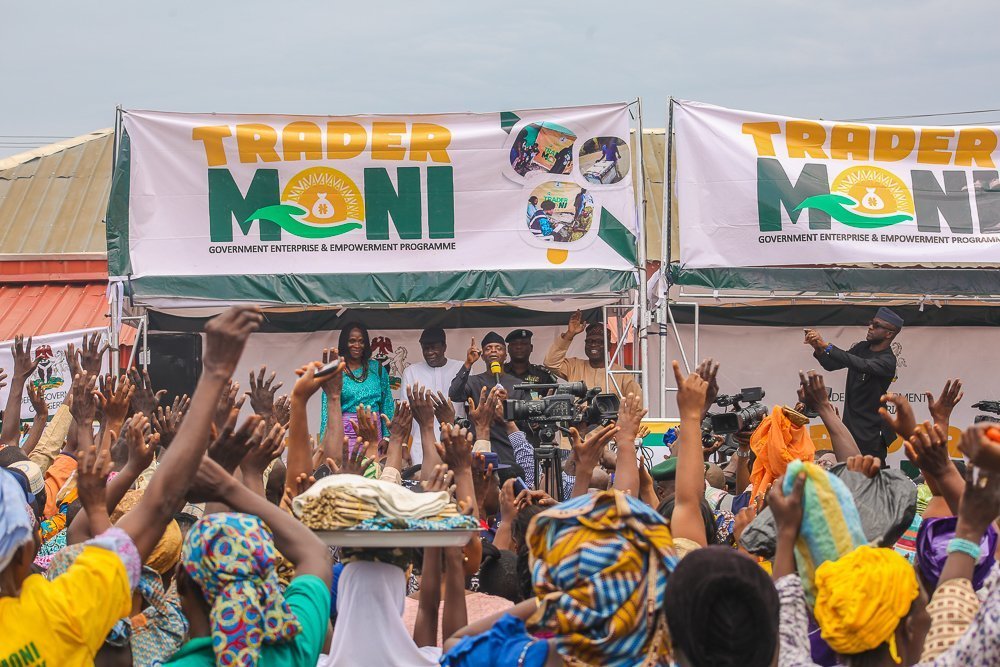 Vice President Yemi Osinbajo said over 20,000 traders have so far benefited from the TraderMoni and MarketMoni scheme in Anambra State.

Osinbajo stated this on Friday at the palace of the Traditional Ruler of Onitsha, Igwe Alfred Achebe, during his visit to the state to promote the TraderMoni and MarketMoni at Eke-Awka Market in Awka and Ochanja Market in Onitsha.

The vice president met petty traders to ensure that the money for social investment scheme gets to the actual persons meant for the programme.

He noted that the scheme had practically gone round the country, with some receiving the MarketMoni, adding that it was a Federal Government project where micro credits were provided to the lowest in the rank of the trading value chain. He added:

“Many of them are not given such facility or loan because nobody is sure that they will pay back or not.

“Only the Government can guarantee that kind of facility and it is the Bank of Industry (BOI) that actually administers the loan.”

He also expressed satisfaction with the implementation of the Federal Government’s Home-Grown-School-Feeding programme in the state.

“As a matter of fact, we visited a lady in Awka, one of the cooks, who happened to be the best cook of the programme in the community,” he added.

He reaffirmed Federal Government commitment to ensure that the country remain united and that all citizens, regardless of ethnicity, religion or political affiliation regard themselves as one.

JAMB To Publish Names Of Prominent Politicians Who Cheated During UTME