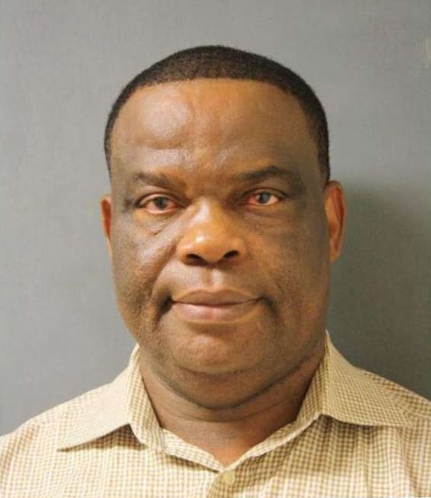 A Nigerian man identified as James Agbaeze is facing federal prosecution after he was accused of assaulting an Immigration Customs Enforcement officers carrying out his deportation order at George Bush Intercontinental Airport, United States.

The 53-year-old man, who was charged on August 12, was said to he became combative on July 11 amid a verbal dispute over their use of handcuffs for an Atlanta-bound Delta flight.

A sworn statement by an investigating officer at ICE, claims that Agbaeze punched an officer in the face, knocked him in the ribs and tore off part of his fingernail.

Agbaeze was ordered into detention pending trial at Joe Corley Detention Center in Conroe, where he’d previously been held after a Harris County conviction and federal deportation proceedings.

Agbaeze came to the U.S. as a lawful resident in 2005, but lost his status following a 2013 conviction for aggregate theft by a Medicaid contractor, according to court documents. Agbaeze appealed a 2017 deportation order. On June 18, the 5th U.S. Circuit denied his final appeal of the final removal order.

He was scheduled to travel for the first leg of his court-ordered journey with two ICE deportation officers, Justin Vedder and Eugene Ramirez, and then board a second flight from Atlanta to Nigeria.

Vedder told the captain as the trio boarded the Atlanta-bound flight that he and Ramirez were federal officers and they were armed, according to court documents. He told the pilot he didn’t expect Agbaeze to cause any trouble, although he added that Agbaeze had been “verbally aggressive and argumentative.”

At the assigned row, Agbaeze refused to move from a middle to a window seat when the officers told him to do so, documents indicate. When officers attempted to handcuff him, and he raised his hands “in a threatening manner” and began screaming.

The officers said he continued to resist. Agbaeze allegedly struck Vedder in the jaw and ribcage. When the duo finally cuffed him, they removed him from the flight.

Vedder reported that part of his pinky nail was torn off in the scuffle. He also had cuts, scrapes, swelling, soreness on his face.