A gateman from another house has been caught right-handed sleeping with a pastor’s 14-year-old maid on his matrimonial bed after sneaking into the man of God’s house in Benin, Edo State.

According to reports, the security man was said to have sneaked into the pastor’s house as soon as the pastor stepped out.

However, the pastor was said to have forgotten something and parked the car on the road because of traffic, took a bike home, only to find the gateman having sex with his maid right on his matrimonial bed. 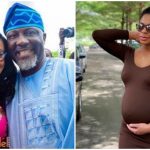 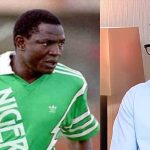