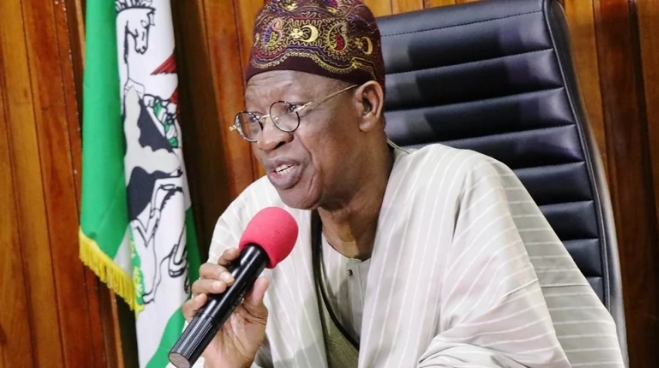 The Federal Government is working on how to inject sanity into use of social media, which it said had totally gone out of control in Nigeria.

The Minister of Information and Culture, Alhaji Lai Mohammed, disclosed this at a press conference in Abuja on Tuesday, October 28, 2019.

According to him, no responsible government would sit back and allow such activities capable of setting the country on fire to continue unchecked. Mohammed said:

“Gentlemen, since we launched our reform of the broadcast industry, many Nigerians have reached out to us, demanding that we also look into how to sanitize the social media space,” he said.

“I can assure you that we are also working on how to inject sanity into the social media space which, today, is totally out of control.

“No responsible government will sit by and allow fake news and hate speech to dominate its media space, because of the capacity of this menace to exploit our national fault lines to set us against each other and trigger a national conflagration.

“That is why we will continue to evolve ways to tackle fake news and hate speech until we banish both.”

He said the administration of Buhari has no intention of gagging the press but that its campaign is against fake news and hate speech.

“Once the committee submits its report, we will immediately kick-start the implementation of the approved measures to inject sanity into our broadcast industry,” he said.

“Many have hailed our efforts at seeking to bring sanity to the airwaves, while some have attacked us and accused us of trying to stifle press freedom or gag
journalists.

“In the first instance, let me say this. No amount of attacks, sponsored or otherwise, will stop the implementation of the approved recommendations.

“And only non-patriots and anarchists will kick against measures aimed at putting an end to fake news and hate speech, especially in our broadcast industry.

“However, if you engage in disseminating fake news or hate speech, you need to be worried, because we will not spare you. We cannot allow fake news and hate speech to become free speech, because these Siamese Twins of Evil are capable of inflicting untold damage on our democracy and threatening our national unity.”