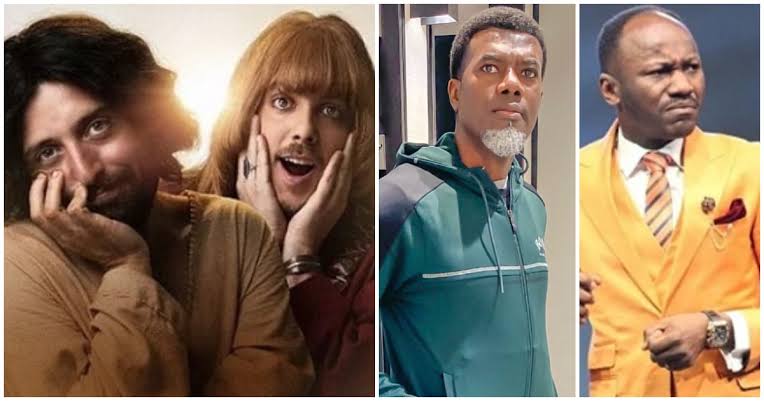 KanyiDaily had reported that the Netflix movie shows Jesus Christ in a gay relationship and Mary as a weed-smoker.

The 46-minute film has angered millions of Christians all over the world, who have signed a petition demanding its withdrawal.

Apostle Suleman, the general overseer of Omega Fire Ministries International, called for a boycott of Netflix.

He pointed out that the movie is evil and as such cannot be allowed to hold ground. He also stated that the release of the film is a disrespect to Christianity and an abuse to the sensibilities of people practising the religion.

We have 2.5billion Christians on earth,if Netflix goes ahead with this rubbish,we should boycott them.. that movie is evil,its not right and it will not stand.

Delete Netflix app on your system..unfollow them if you are a true Christian..The movie 'gay jesus' is an insult to christianity and abuse to our sensibilities..we stand to condemn it and all it stands for…Mad people…

He told his followers that if they truly have love for Jesus Christ, they must cancel their Neflix subscription.

If @Netflix releases the the gay Jesus film, I urge all #RenosNuggeteers around the world to delete the Netflix app and cancel their subscription. If you fail to do this, you cant claim to love Christ, His Father, or me, their servant. Pls retweet!#FreeLeahSharibu #RenosNuggets

The other day, a misguided woman used Scripture as an ashtray. Now, @Netflix announces a film about a gay Jesus. Would they do that to the Quran? Do NOT take advantage of Christian’s tolerance. We choose non-violence. Not that we can’t be violent!#FreeLeahSharibu #RenosNuggets

The ‘misguided woman’, Reno Omokri was making reference to Nollywood actress, Etinosa Idemudia, who shared an Instagram video of herself smoking and using the bible as an ashtray. 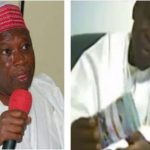 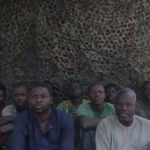