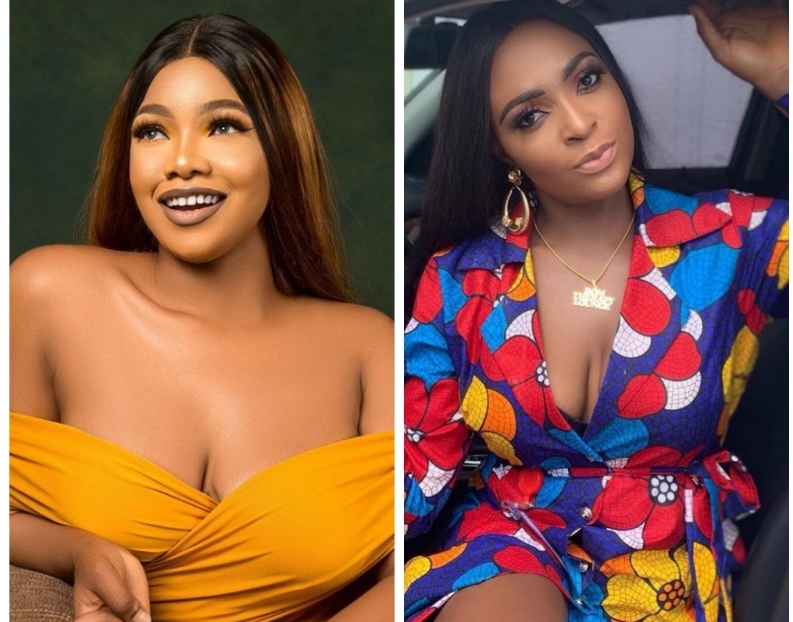 In a now deleted Instagram post, Blessing Okoro had accused Tacha of sending assassins to kill her after some careless men bashed her car in Enugu State.

The controversial blogger also shared videos from the scene to backup her allegations.

Well, it seem Tacha is not taking the allegation lightly as she has taken legal action by suing Blessing for defamation of character.

Tacha through her lawyers demanded for a public apology and a N20 million compensation. 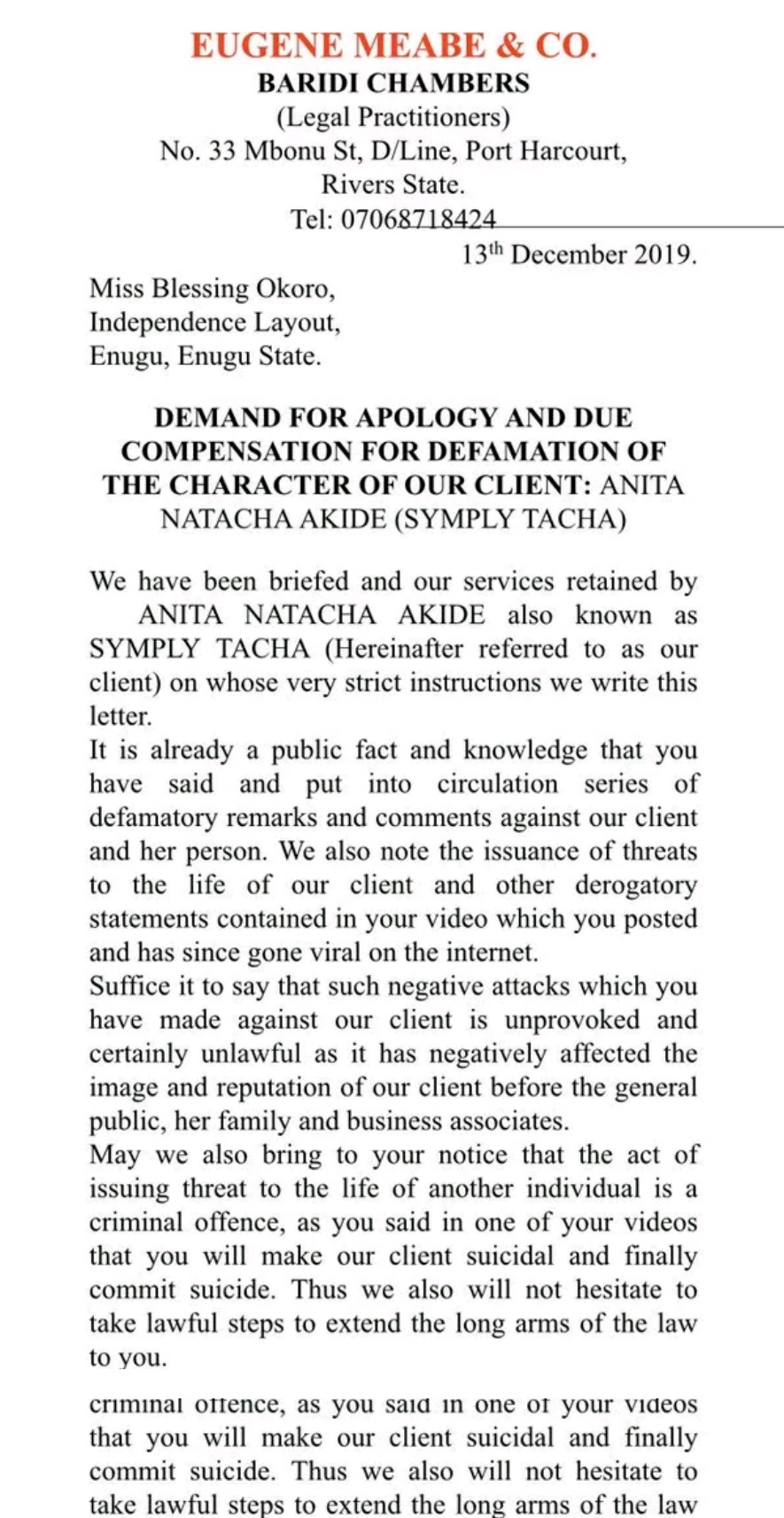 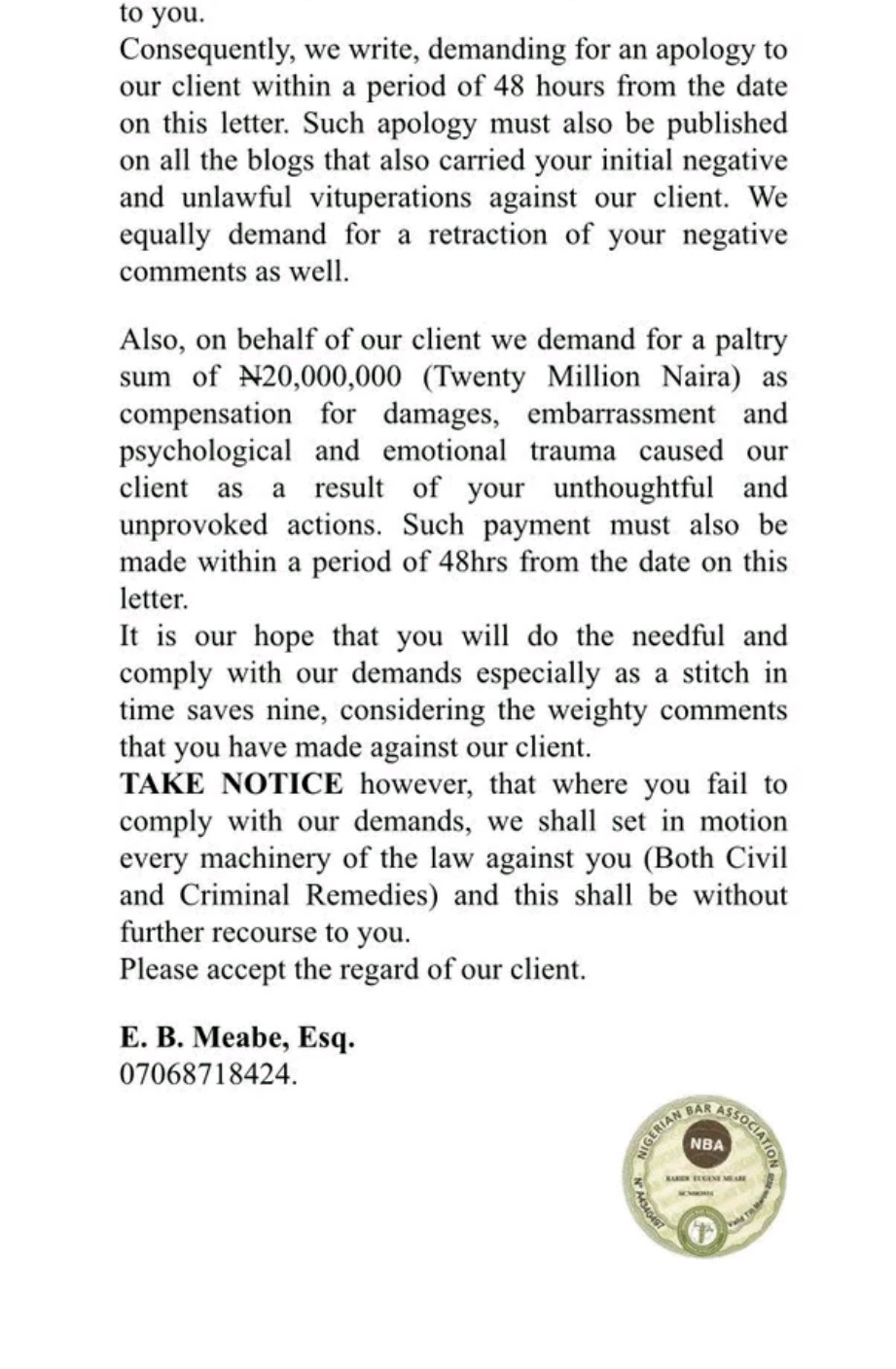 Meanwhile, Blessing has reacted to the lawsuit against her saying;

“The 20 million by cash or cheque…

“My ex took me to court. I spent 5 years but I won the case. It only cost me my money and time but I won.” 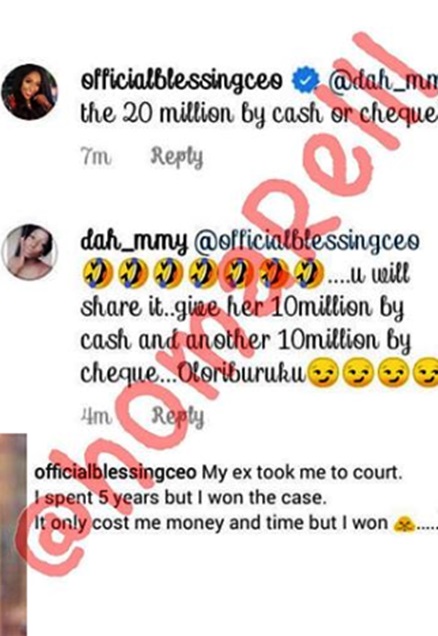 Nigerians Reacts As Vlogger Grace Ajilore Who Speaks Against Men, Announces Her Pregnancy