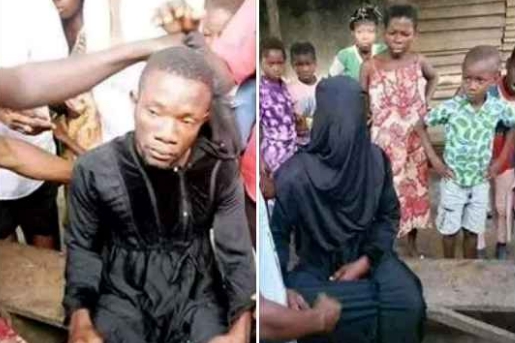 A young man has reportedly been caught after he disguised himself as a woman in hijab to have sex with a married woman in her husband’s house.

A Facebook user, Felix Eigbefo, who disclosed this is based in Benin City, Edo State.

Sharing photos of the man after he was caught, Felix wrote:

“Guy disguised as ELEHA to have sex with Eleha inside her husband matrimonial bed. He was caught and exposed!” 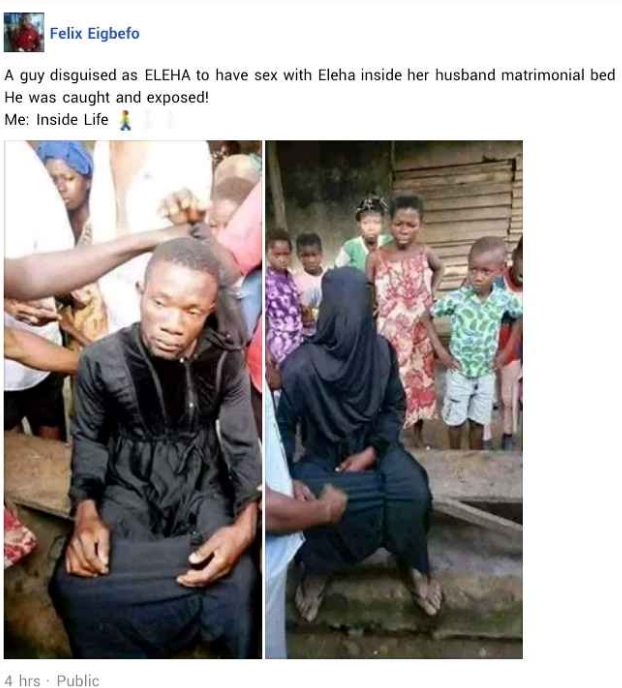 KanyiDaily had also reported how a man who took it upon himself to always dress like a woman, just to start relationship with guys and extort money from them, was caught and stripped naked.

He was caught and busted by one of his admirers who took him to a restaurant for refreshments and demanded sex afterwards. 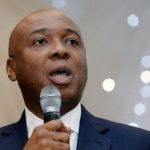