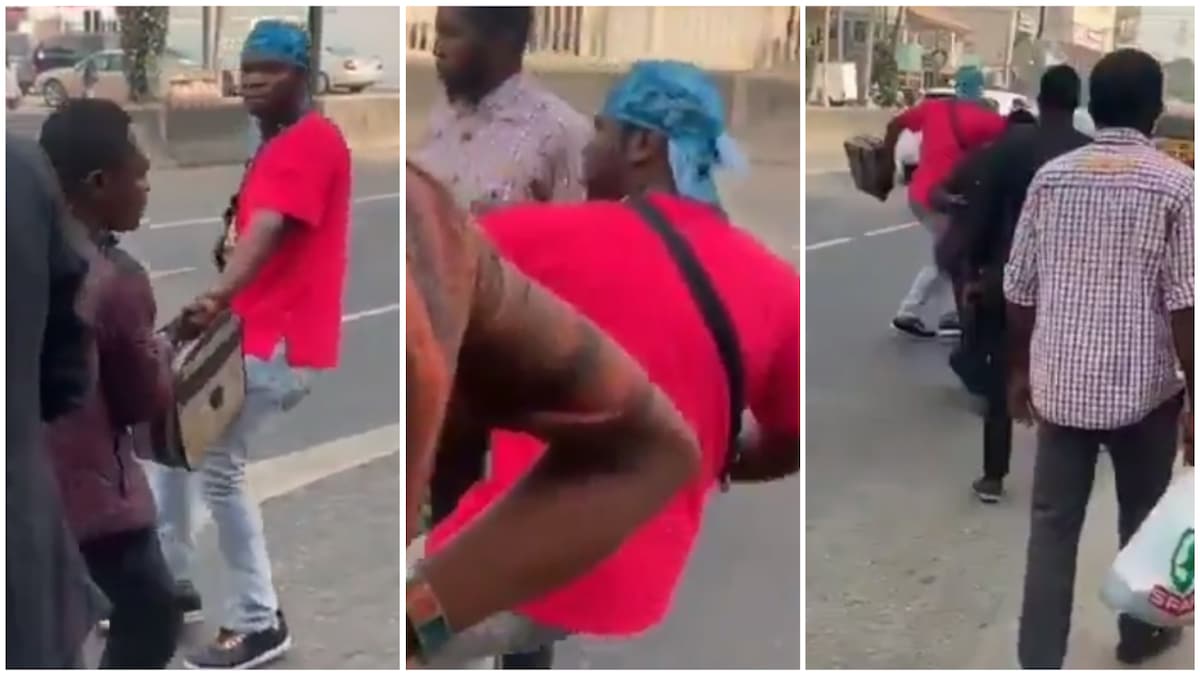 Nigerian internet Sensation and Rapper, Speed Darlington was caught on camera clashing with a commercial motorcyclist popularly known as ‘Okada man’ in Yaba area of Lagos.

According to eyewitnesses, Speed Darlington got into a fight with the Okada man for stopping before the end of his journey to pick up something.

The commercial motorcyclist can be seen in the video holding onto the rapper’s bag, refusing to let go, demanding that his money be paid.

Darlington eventually retrieved his bag and flee the scene without paying the bike man.

KanyiDaily had also reported that Popular Nigerian cross-dresser, Bobrisky was caught on camera fighting with a man who bashed his recently acquired Range Rover in a Lagos traffic.

Bobrisky was seen in a video attempting to stop the man from driving away after bashing his car and in the process of demanding rights, and trading accusations of who is at fault.