In a statement on Thursday, the army operations media coordinator, Aminu Iliyasu, said Zainab was arrested on Sunday and a video clip of her dancing with an AK 47 rifle was found on her phone. He said:

“Preliminary check into her phone revealed a video clip of the suspect dancing with an AK 47 Rifle hung on her neck during a social event.”

The army coordinator said during interrogation, the surrendered insurgents said they regretted their involvement in the acts of killing and abduction of innocent people as well as attacks on security agencies.

“They equally disclosed that their leadership has been in disarray for the past 4 months since the renewed offensive actions by the troops against their enclaves leading to high casualties on their foot soldiers amidst serious dislocation of their command structures,” it said.

“They further disclosed that many of their erstwhile colleagues are wandering in the forest and willing to give up their unholy adventure but are afraid of being killed by the security agencies. They therefore call on them to take the bold decision and surrender to any Nigerian Army unit closest to them as the safety of their lives are guaranteed.”

KanyiDaily recalls that the Nigerian Army had also announced the arrest of a female recruiter, Zainab Usman, who is also the wife of a Boko Haram/ISWAP leader. 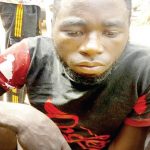 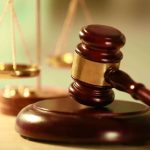