Nigerian singer, Kelly Handsome has taken to sociL media to share the threat messages he received from his baby mama, Ronke Mirabel Moradeyo, after she accused him of being a deadbeat dad. 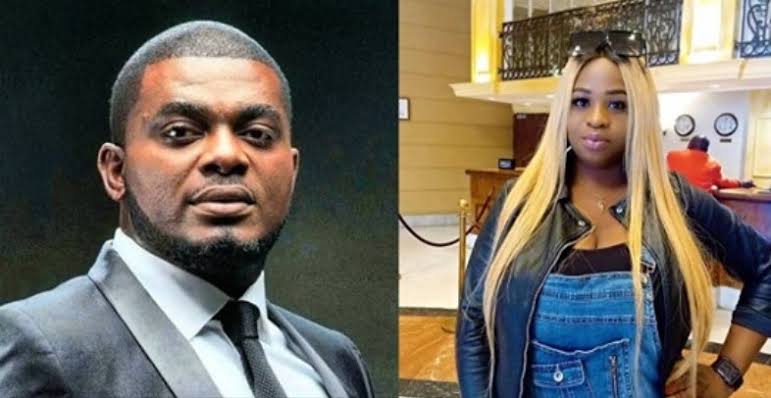 The fight between the former couple started on Sunday after Moradeyo shared a long post on her Instagram page, where she narrated her ugly experience with the singer.

The single mother of one said that she is grateful for her daughter but regrets that her dad is a disreputable person whom she wasted opportunities and years with.

Describing him as a good for nothing man, Moradeyo said Kelly is a dead beat father to their daughter and their little girl now calls someone else “dad”.

The baby mama also claimed she supported his career, encouraged him and accommodated him. But the singer alienated her from her family when they were together and accused her of being a prostitute whenever she assisted him in achieving something he thought was impossible.

“I woke up today looking at my beautiful daughter n I’m so grateful to God although it’s sad that d man she calls DAD isn’t her real father n I laugh at how I’ve wasted opportunities n years with a good for nothing man… I thought it was love but I was being played! I supported and encouraged him, accommodated him also even when I was warned by family n friends that he made me turn to enemies because he didn’t want me to see d light. LADIES BE CAREFUL OF THE MEN YOU SUPPORT….

“I supported his career at d detriment of my relationship with family n friends n people who genuinely cared about me! I was constantly called a wh*re cos I helped him out with things he thought was impossible.. he always assumed I slept with people to get d things I have n to get to where I am today.. I’m sincerely grateful to God that he didn’t allow me leave my back on d ground. I got up, dusted myself, started communicating with important people I had ignored over d years, putting things together n setting things up to d level I want to be n God is making all that possible…. Thinking to myself, I should have achieved all of this a long time ago but love they say is blind, only if you let it blind your visions. No regrets whatsoever, God gat me n I’ll come back here in no time to drop a long list of my achievements but till then I’ll sit n sip my wine n laugh at how someone thinks he ruined me.”

Mirabel said that she would soon show her daughter what a real father is. She stated that her daughter is gradually erasing the memories of a dead beat father that she has in her head.

She warned women to be careful of the men they allow into their lives, noting that some are demons in disguise and some stick around to drain them in all ramifications. She urged women to always seek the face of God before embarking on certain journeys.

“As for my daughter, in due time I’ll show her what a REAL DAD is as Shes gradually erase d memories of a dead beat father she has in her head.. I’ll teach her to love her real father as she grows. LADIES AGAIN I SAY, BE CAREFUL OF D MEN YOU LET IN YOUR LIVES N D MEN YOU SUPPORT! Some are demons in disguise, Some stick around to drain you in all ramifications, mentally, physically, financially n spiritually.. Always seek d face of God before embarking on certain journeys. I don’t wanna go into details but time will tell.”

In a swift response, Kelly Hansome shared screenshots of the threat messages his fiancee and himself have been receiving from his baby mama

The singer said his fiancee had begged him not to share the messages online, but due to his baby mama’s latest outburst, he wanted everyone to see the threats his family has been receiving from Moradeyo.

Swipe to read the threat messages below:

@therealbossmum ‘s DM blowing up, I’m sorry about all the embarrassment baby. I know you begged me not to post this but F it hun, I had to. So it’s been her all along? 😳 SMH God is great!!! Pls scroll and read guys, the truth they say is like pregnancy. 🤰Glory be to God in the highest, as it was in the beginning, so shall it remain forever. I always knew it wasn’t love tho smh…well, there’s no competition in destiny. Na God get Power, may he forgive U and may he have mercy on us all. I need a mad mad beat to express this joy, it’s overwhelming. 😎🙏 #NowWeKnow #babymamadrama #osheybaddestcrew

KanyiDaily recalls that veteran singer, Terry G recently took to his social media page to publicly beg his baby mama, Mimi Omoregbe to forgive him for all the wrong he has done to her by hurting her feelings. 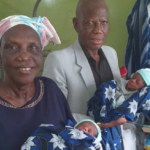 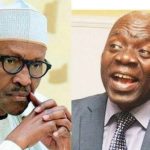