The American University of Nigeria (AUN) in Yola, Adamawa, founded by Atiku Abubakar, former vice-president, has sacked about 400 of its staff. 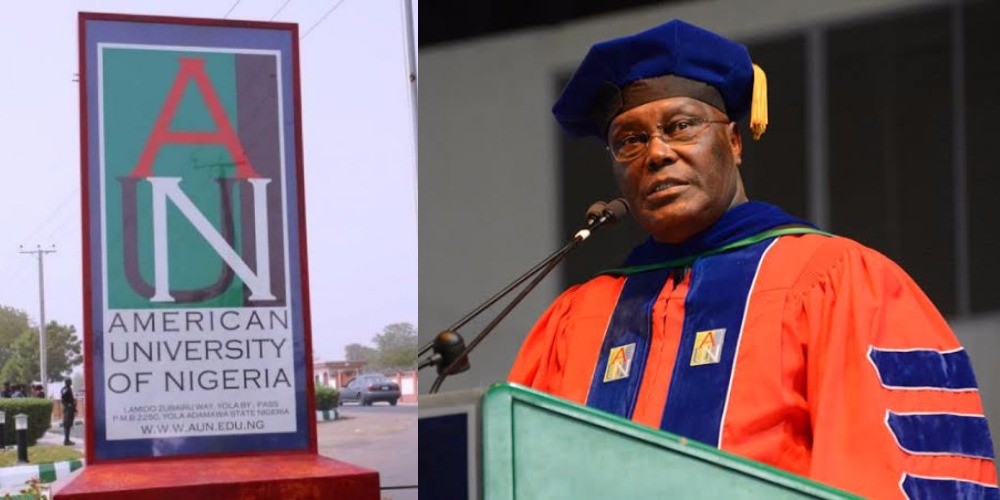 This comes three days after another of Atiku’s companies, Gotel Communication, a media outfit, sacked 46 staff on Workers Day.

In a statement on Tuesday, the Vice President of in charge of the University’s Relations, Abubakar Abba Tahir, said the disengagement of over 400 workers by the institution is part of it’s restructuring for sustainability.

Tahir said that majority of the affected personnel were those that had no significant developmental effect on the philosophy of the university.

“Certain structural elements have been initiated by the new Governing Council of American University of Nigeria (AUN), in response to NUC requirements, mandating the institution to align with an approved governance structure for all tertiary institutions in the country,” he said.

“Until now, AUN has operated a student-staff ratio which balance had continued to affect the sustainability of the university.

“This is clearly an uncommon and hardly workable tradition in all institutions and organisations around the world. Obviously it is unattainable.”

He, however, noted that in the emerging sustainable structure, competitive personnel were retained, adding that all those affected were paid all their contractual benefits at the point of clearance to continue with their lives somewhere else.

“Thus, consequent upon the university’s new governing council vote to restructure the institution in line with its agenda for sustainability, a process of workforce rationalisation has been in the pipeline,” he said.

“It is now time for the university to look back, look around and look ahead, to ensure that realistic and globally competitive administrative practices can be achieved in structure, strategy and focus.

“It would not be realistic for AUN to continue to anchor its administrative structure on an over-bloated personnel whose role do not have significant effect on the philosophy of a development university.”

The move comes a few days after President Muhammadu Buhari had warned that no employer should retrench or lay off its workers without following due process.