The Speaker of the House of Representatives, Femi Gbajabiamila, has given the minister of the Niger Delta Affairs, Godswill Akpabio, 48 hours to publish the full details of lawmakers who got contracts from the Niger Delta Development Commision (NDDC).

KanyiDaily recalls that while the House Committee were probing financial misappropriation in the NDDC on Monday, Akpabio alleged that over 60 percent of contracts of the commission are given out to members of the National Assembly.

During the plenary on Tuesday, July 21, 2020, the minority leader, Ndudi Elumelu, urged the house to invite Akpabio to mention those who got contracts from the NDDC.

Reacting to Mr Elumelu’s point of order, Gbajabiamila said it was unfortunate that journalists help him in amplifying “what we all know is untrue.”

“I’ve never once collected contracts from the NDDC and I know I can speak for many other members,” Mr Gbajabiamila said.

“I hereby call on the minister to within 24-48 hours to publish the names, contracts, date and unveil the companies of the 60 per cent projects that were given to the National Assembly.”

“Failing which, this house will bring the full wrath of the house on him. It is important that we set this record straight.

“The minister owes it to himself, to the committee, to people of Niger Delta, and the country to publish details of those who have been given contracts. I will reserve my judgment. The minister came there to play games, but we do not play games here.”

KanyiDaily had earlier reported how the acting Managing Director of the NDDC, Daniel Pondei, slumped during interrogation by the House of Representatives Committee over alleged missing of N40 billion naira.

Mr Pondei slumped when he was answering questions posed by the investigative panel over alleged misappropriation of funds amounting to billions of Naira. 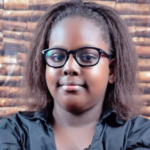 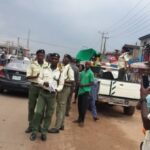