The Carnegie Mellon University in the United States has distanced itself from the statement made by a Nigerian-born professor, Uju Anya, who lectures in its institution, regarding Queen Elizabeth II of England. 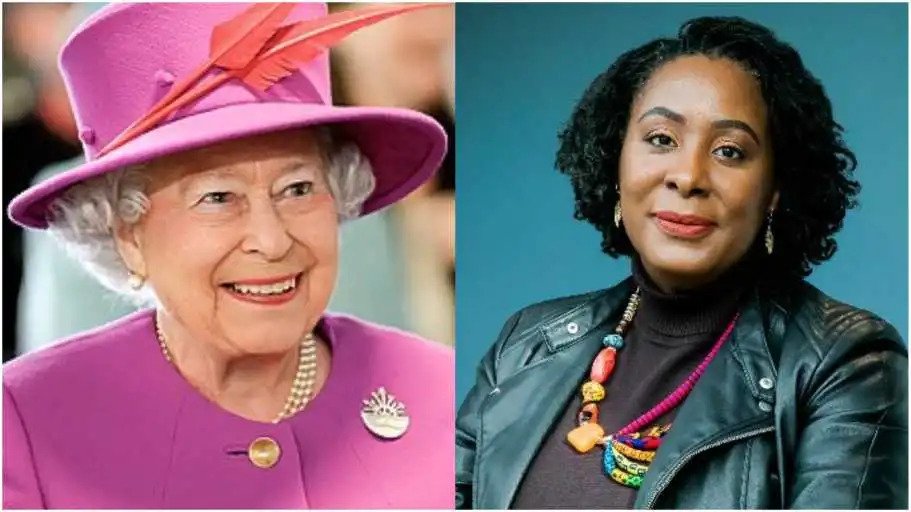 Before her death, Anya, an associate professor of second language acquisition at Carnegie Mellon University, took to her Twitter page to criticize the monarch and wished her an “excruciating pain”.

The Nigerian-born professor, whose father is Igbo, accused Queen Elizabeth of sponsoring the “genocide that massacred and displaced half my family”.

“I heard the chief monarch of a thieving raping genocidal empire is finally dying. May her pain be excruciating,” the now-deleted tweets read in part.

“If anyone expects me to express anything but disdain for the monarch who supervised a government that sponsored the genocide that massacred and displaced half my family and the consequences of which those alive today are still trying to overcome, you can keep wishing upon a star,” Anya added. 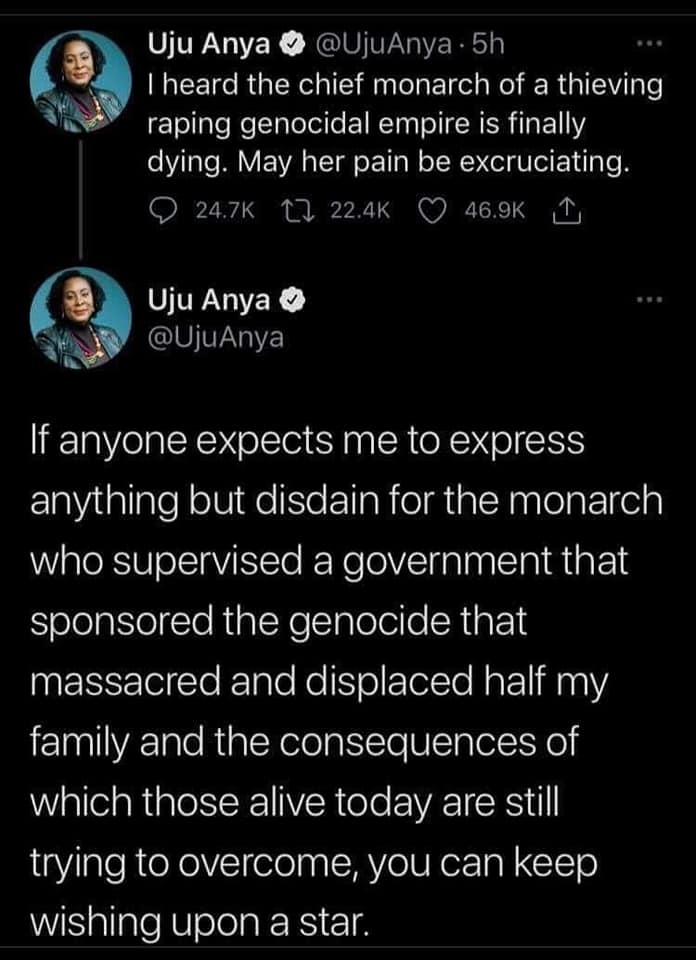 The professors’ tweets may not be unrelated to the Biafran civil war of 1967 to 1970, which took place less than 10 years after Nigeria got its independence from Britain.

Reacting to the outrage trailing Anya’s tweet, the management of Carnegie Mellon University said although it believes in “free expression”, it does not condone the views expressed by the professor.

“We do not condone the offensive and objectionable messages posted by Uju Anya today on her personal social media account,” the tweet reads.

“Free expression is core to the mission of higher education, however, the views she shared absolutely do not represent the values of the institution no the standards of discourse we seek to foster.”

READ:  Nnamdi Kanu Mobbed On The Streets Of Jerusalem After His "No Mortal Can Kill Me" Broadcast [Photos/Video] 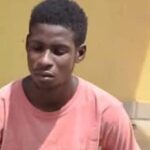 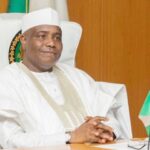