The senator representing Borno South, Ali Ndume has condemned the idea of granting amnesty to repentant Boko Haram fighters, saying that many of the fighters granted amnesty have taken back to terrorism. 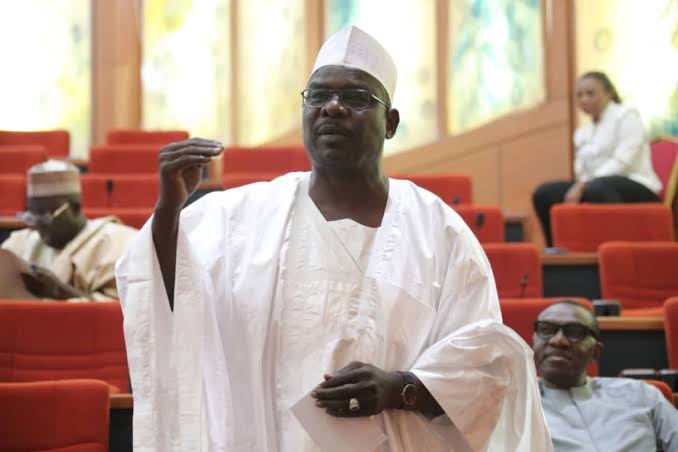 Speaking on a BBC Hausa programme monitored in Kaduna State, Ndume queried the Gederal Government’s decision to reform the insurgents by spending the nation’s funds on the terrorists.

Ndume, who is also the Chairman of the Senate Committee on Army, revealed that one of the repentant Boko Haram member, who was recently integrated into the community, killed his father, stole his wealth and disappeared.

“They are like Kharajites. Many among those released have since run away. They will never repent. The government should know what to do about them, but not re-introducing someone who killed your parent or relations to you

“This government’s progra-mme is unacceptable to our people. The right thing is to stop it, forthwith.

“Haba! Not that he even apologised to you; he apologised to the government. His thinking was that government has failed and that is why they are being pampered. “They are like Kharajites. Many among those released have since ran away. They will never repent.

“The government should know what to do about them. But not re-introducing someone to you, who has killed your parent, or your relations.

“If there is sincerity of purpose in this, those in the IDP camps should be trained in various trades and vocation so that they could start life again.” A widow, who also featured on the BBC, condemned the amnesty programme for Boko Haram.

According to her: “This thing is painful. They killed my husband in my presence; they killed my son. I am left suffering with four young orphans. Till death, I will never forget that day.

“I was left with orphans, with no help or assistance. See how harsh life is today, someday we eat, another day we stay hungry. That is how we are suffering with the children.

“Look at the kind of care given to the Boko Haram members. We that have suffered for six years now; we are not taken care of but the repentant Boko Haram, truly government has not done justice here.”

A male victim also told the BBC that Boko Haram killed his relations and chased them out of their home.

“They killed four of my close relations. In what capacity are we going to live with them again? Do we see them as human beings or animals? Or do they want us to meet them and take revenge? There will be a serious problem.”

“Go to Gwoza and Bama; many of the ‘repentant’ terrorists have rejoined the bandits. There is nothing you can do to change a Boko Haram member,” he added.

This is coming just three days after 601 repentant Boko Haram terrorists were reintegrated into various society through their respective national and state authorities.

READ:  Police Speak On Lynching Of Security Man By Islamic Extremists Over Alleged Blasphemy In Abuja